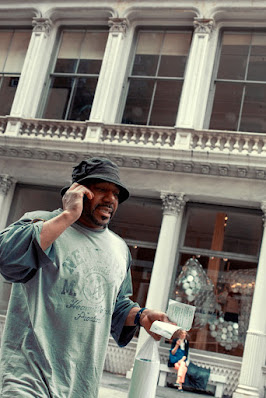 I went to bed early last night.  I was watching CNN crow about the dems early lead in Georgia, but I fell asleep sitting up.  I woke when my drink tipped over in my lap.  An hour had passed.  The later returns had the republicans catching up, then leading.  I wrote my final texts of the night to friends.  "I'm going to bed.  I know how this movie turns out."

It had been something of a day.  Having hardly slept the night before, I was slow going in the morning.  I had to wait around the house until just before noon to quarrel with the lawn guys. I decided I was too tired to work out which gave me some relief, and so I took a shower and just past one was ready to go.  Go where?  Oh, I had an idea.  There is a "restaurant" in town called Beefy King that has been in business since 1968. Nothing has changed.  I drive by it often.  Why, I wonder, have I never eaten one of their sandwiches?  My mother and I were talking just a couple days ago about how much we used to like the Arby's roast beef sandwiches when they first opened.  Of course we don't like them now, but you know how much better everything used to be.  As we talked, I could taste those stacked paper thin slices of roast beef that I smothered in horse radish sauce inside those soft, fluffy buns.  I always got two.  Well, I thought, since I'm not going to be going to an Arby's now, maybe I'll try one of those Beefy King sandwiches.  Hell, that place is still popular.

And that is what I did.  When I got there, a line of cars kept me in the street for quite a bit as I waited to turn onto the property.  The takeout line was long and the large parking lot full.  Oh, man, this is sure to be a treat, I thought.

When I finally got into the parking lot, a woman who looked like a cross between Aunt Bea and Granny Clampett came to the car window to take my order.

"I've never been here before," I said, "and I don't have a menu, but I'll bet you have a roast beef sandwich."

"What size do you want?" she asked me.

"I'll take the middle one.  Do you have horse radish sauce?"

"Yes, they will put that on the side for you if you ask them at the window.  Would you like cheese on your sandwich?  I always tell people who are ordering for the first time to get cheese and onions on it."

"Do you want tater tots or onion rings with it?"

"Look at you upselling me!  Sure, the onion rings sound great."

The line moved slowly, one car length at a time.  After about ten minutes, I got to the window where I asked for horse radish sauce.  The kid at the window asked if I wanted any other sauce with it.  I asked him which one he liked, and he told me that spicy barbecue sauce was his favorite, so I said sure, put some of that in there, too.  The Granny Bea Clampett stuck her head into the frame.

She liked me, I could tell.  I'm a likable bohemian boy, I know, and I like people back a whole lot.  I'm sure she recognized the hillbilly in me.  The parking lot was full of them.  My relatives.  My people.

I pulled over to an empty parking space in the shade and began unpacking my treasure.  I carefully placed everything so that I wouldn't spill on my seats.  It is not uncommon.

Those things you look forward to most, you know, like ordering toys from the back of comic books?  The X-Ray glasses, the water monkeys, the hypnotic disc. . . .

Meh.  The meal was what I had always thought it might be which is why I had never eaten there in the first place.  But it did what it was intended to do.  I was burping and hoping not to shit my pants as I headed out of the parking lot.  Sorry Bea.  I won't be bringing my mother.

So it could have been the lack of sleep or the gastronomic distress of the day, or it could have been both combined with the glass of scotch that had me dropping into slumberland as I watched Wolf Blitzer calling the election results like he was calling a horse race, unnerved, excited, terrified. . . . I was certain he, too, was in fear of shitting himself.

When I got up this morning, however, I was stunned.  Georgia had gone to the democrats, or so it seemed. Holy shit!  Trump had certainly riled the natives.  People tried to warn him, but no, he had to keep fucking around with the juju.  Now all he has left is a loyal band of Nazis and big group of welfare hillbillies packing the park in D.C.

Today should be fun.  I can't wait to watch Pence.  He's sure to be wearing an adult diaper.

O.K.  Enough with the shit references.  I guess it is my German heritage that does that.

Now, faced with a crystal clear cool morning, I must motivate.  I took everything I had in the cabinets last night to counter pain and help me sleep.  I did a little better than the night before, and if I get out early and do something, I can take an early nap.  The first of my friends, my travel/art buddy, gets vaccinated today and C.C. gets vaccinated tomorrow.  I hope there is still vaccine on Friday when I and my college roommate go, and especially by Saturday when I take my mother.  I tremble with excitement, though yesterday my mother brought me down by telling me that scientist think that consuming alcohol might reduce the effectiveness of the vaccine.  What?!?!?!?  I've not read that anywhere, and it is not beyond my mother to make up such a thing to get me off the sauce, but I have been sticking to my two drinks a day routine, so I am not in the barrel like I might have been for most of the pandemic.  But this is something all my friends should know about.  You don't get to be this old and still of some interest without drinking to excess quite often in your life.