The Stink of Death 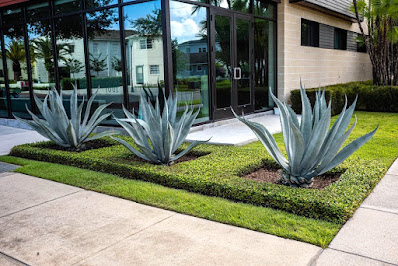 My life, as miserable as it is, is still a source of comedy.  You might get a kick out of this, at least.  I began to smell it a few days ago.  The odor has begun to dominate the house.  Something, probably a rat, has died somewhere beneath the floor between the t.v. room and the kitchen.  The smell of death is distinct.  There is no way for me to get under there to remove it.  I have only one option--to wait it out.  That is not really an option.  It is all there is.

Considering my current situation, I am hoping this is ironic.

At a much different level of humor, my Amazon Fire Stick has quit on me.  The controller won't control.  By accident, I found that I had some limited functionality with another remote--sometimes.  Of course, it is simply the timing that might give a chuckle.  See me spend hours trying to jiggle the remote as if that is what's wrong--not enough jiggling.

Still, I have watched endless hours of television these past days.  There were days when I couldn't, of course, but as I got marginally better, when I no longer could lie in bed and sleep all day, what else was there?  I have watched a lot of things.  I can barely remember.

I had long ago recorded a ten part series called "Genius: Picasso."  It was on the DVR, so binged on that.  I'd recommend it for any of you who have yet to cancel the past.  The past was bad, we must never forget, a long series of endless repressions.  Everybody wasn't a winner back then.  There were many, many losers.  Mostly losers, obviously.  Not like today.  But if you can stand to look at the days of repression and obstruction, you might be able to stand viewing the series.  I certainly wouldn't recommend it.  I want to go on the record with that.  No.  But I gave myself up and watched all ten hours.  Picasso was a filthy, filthy man,

But everyone knew that, even in the past.  He was like Frank Sinatra of the art world.

I was able to get the Fire Stick to work long enough to watch two episodes of Scorsese's "Pretend It's a City," with Fran Leibowitz.  I thought it was pretty funny until I read a review today in the Times (link).  Ms. Bellafante certainly straightened me out on that one, though I keep hearing Leibowitz in the back of my head speaking about the distribution of talent.  I'm sure, once I become more familiar with her work, I'd much prefer reading the works of Bellafante to listening to the snide asides of Leibowitz.

Still, as with Picasso, I will struggle through the remaining episodes.  But as Bellafante points out, fuck Leibowitz; she is old and of the past, and we know what that means.

Now there was something I watched on HBO that I liked, but I can't remember what it was.  Oh. . . no, it wasn't that good.  "The King of Staten Island."  Yea.  It left me feeling like I'd eaten a bunch of cheap chocolate.

In the early stages of illness, before I was devastated, I watched "One Night in Miami."  I was skeptical because. . . well, because so much today is just hype, you know, and there are things we are supposed to like.  But this was really profound and good, even though it was about the past.  I mean, it was the other past, so it's ok.  Cassius Clay, Jim Brown, Sam Cooke, and Malcom X.  Right?  Four successful black men, four ideologies that come to a crossroads, and the movie doesn't take sides.  That is the wonderful part.  You don't come away thinking anyone is right or anyone is wrong.  I mean, you must take into account that these were four misogynists, but otherwise. . . .

You'll forgive me.  It is the stink of death that has put me in this mood.  I've opened the kitchen door to let in the fresh air and bugs, and even the cats have stuck their heads inside.  Even the wild one that won't come near me.  She was dead set on exploring the house.  I guess she isn't stupid.  She realizes where the food comes from.

I still have some Covid brain, I think.  My mind is hung up on depressing stuff that I can't shake.  I'd daresay that I am miserable if it didn't sound like privileged whining in a world where worse misery is the rule.  But like my hairdresser says, you can cry in a Mercedes, too.  I wouldn't want you to think, though, that I am asking for pity.  Mercy.  Mercy is what I seek.