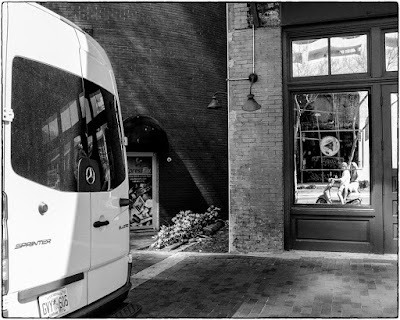 It's Groundhog Day.  In more ways than one.  I don't care if P. Phil sees his shadow or not.  My stars will be misaligned for awhile still, or so they say.  I'm starting to believe it, believe that you can't fight the stars.  All you can do is decide how you will react.  And maybe I am wrong about that.  Perhaps your reaction was programmed into you at conception.  Psychology might be more genetic than social scientists allow.

Me?  I'm a melancholy sort given to stoic despair when faced with disaster.  It is a tossup as to which one dominates, the stoicism or the desperation, but I can usually balance them pretty well with a bit of dark humor.  This year, though, the humor has just about run out, and balancing has become more precarious.

Balance, however, has always been one of my admirable traits.  It has been noted that I have a marvelous ability to balance my drink cups in precarious places without ever spilling a drop.  I've fancied that to be a symbolic gesture.

But I am a wistful boy.  Perhaps I have too much German in me.  The Sorrows of Young Werther and all that.  It exhibits itself in my taste in music and in my quiet and not so quiet longing for lost things.  Those of you who are consistent readers of the blog get to suffer some of that here.

I am a dope, but mostly in private.  I like to show a sad strength in public.  Vulnerable, yes, but tough, you know.  Outside the public view, however, I tend to do some pretty goofy things.  Sending texts to a number that has blocked me might be one.  Once in awhile, when something rises like a lump in my throat, I've used a blocked number as a parking lot, of sorts, for things I want to remember, images I find, or words I never got to say.  Seemed O.K.  It was a way of purging those things without losing them, I thought, a sort of digital graveyard.

I apologized, of course, and promised I wouldn't do it again, heart pounding, face flushed.

And of course I won't.

She is happier, she says, and doing well.  Her life has found a brighter direction.  It needed to be done.  I told her I was glad.  She wished me well.

And so, Phil either saw his shadow or he didn't.  It doesn't matter to me.  It is Groundhog Day.  I'm reminded of the end of chapter six of "The Great Gatsby" when Nick tells Gatsby not to expect too much of Daisy, that Golden Girl.

"You can't repeat the past."

"Can't repeat the past," he cried incredulously.  "Why of course you can."

He looked around him wildly, as if the past were lurking here in the shadows of the house, but just out of reach of his hand.

But you know how it ends.  It is so famous now, it is a meme.

So we beat on, boats against the current, borne back ceaselessly into the past.

I've read that novel many times.  There is something to be learned there.  Surely there is.  But what is it?  Maybe that is why I have to keep reading it.  Some things are just awfully hard to remember.
Posted by cafe selavy at 8:43 AM