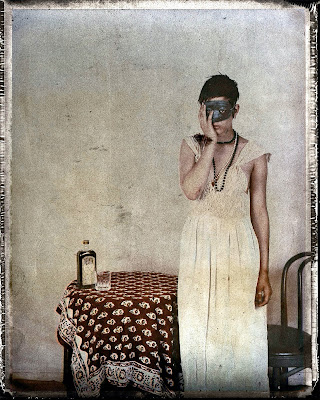 Red sky at dawn.  Sheets and pillow cases in the wash.  News read, coffee half drunk.  Gas powered leaf blowers rage maniacally outside.  Biden's first news conference is in the bag.  He is very popular, but nobody likes him.  He had his senior moment reminding us of Reagan and his insidious Alzheimer's.  Just lost himself in words.  And, of course, the usual half-truths and stretching of the truth tangentially nudging truths that surround the lies. He has debts to pay, but not to me.

Oh. . . and he WILL run for re-election.  Placeholder Joe certainly told a fib on that one.  I guess he wants to take on Trump one more time.

I don't watch the news any more.  I probably won't until Trump launches his new media network.  I wish they could pass a law that he is not allowed to do that.  It is wonderful not hearing from Trump.

I wish they would ban social media altogether.  It is a truly terrible thing.

I read an article this morning about the anxiety people face in going out into public after a year of lockdown.  The article said it was normal and that it was o.k.  A certain peace was attained in establishing new habits and rituals.  Meditation, yoga, and binge watching were not bad things.

As you know, I, too, have had reservations about breaking my new habits.  Going into public now, I hear things, conversations, and I am dismayed at the idiocy that surrounds me.  I had forgotten the concerns of the mob and the adamancy with which they express them.  There is nothing like overhearing two moms emote about the politics of little league baseball for twenty minutes in exasperated tones to jangle your sensibilities.  And later, one of them on her phone with her son who was having a breakdown at school over his ability to do his math problems.

My cousin's tales are funny at times, but everyone I am related to, it seems, is a drug addict.  Those who are left, who haven't overdosed and died.  Hillbillies used to drink moonshine, but now it is all opioids and meth.  My cousin is a pot head.  She has a license to smoke, so she does when she goes to bed to help her sleep and in the morning to help get her going.  Of course, there are various reasons to smoke throughout the day.  She may deal in a little weed back home, too, but just weed unlike all the relatives in prison right now for making or dealing in the harsher drugs.

She was telling a story the other night about one of her relatives, a cousin on her mother's side, and I remembered her from a trip we made to Ohio when I was in the seventh grade.  I was in a band, had the hair and the cool look, and she lived in my birthplace where everyone was related.  She was pretty and we kind of hooked up emotionally on that trip.  She was sweet on me and we spent most of our time on that vacation together.  After the vacation, she wrote me some letters.  I remembered all of that as my cousin talked about her condition now.

"She was a tall girl," she said, "and always played on softball teams.  She is not doing so well now, though.  She let a doctor go into her six times trying to fix her hip.  She'd had trouble with cocaine before, but with the operations, she'd gotten hooked on oxy then methadone.  She looks awful now, twice the size she had always been.

"She was staying with me for awhile, but I'd come home and she'd be all nodding out.  Once she had spilt milk all over herself and the bed.  Another time she was out with a cigarette burning between her fingers.  That's when I told her she had to leave.  It was bad enough trying to get the milk out of the mattress, but I was afraid she was going to burn my house down.  She looks awful now."

She was such a cute girl.  I think she sent me a school picture with her letter.  I think it is in one of my boxes of photos somewhere.

All these people thought I was going to turn out bad because I had long hair.  Well, maybe I did, but I'm not a drug addict.

There are a lot of ways life can go wrong.

I saw a clip of the unaccompanied "children" being detained at the Mexican border.  I was shocked.  I expected to see toddlers, I guess.  These "children" are all big enough to come on their own.  I guess they are classifying anyone under eighteen a child.  Maybe twenty-one.  They looked pretty grown to me.

I read a story about an MMA fighter, Francis Ngannou, who is fighting for the heavyweight championship soon.  He was born in Cameroon, but as soon as he was old enough, like the kids on our southern border, he travelled to Morocco.  His goal was to go to France to become a boxer, but somewhere in the journey, he entered a country illegally and was thrown into prison.  When he got out, he made his way to France and was sleeping in parks and parking lots without a job.  He didn't have enough food, etc.  But, he said, it was a hundred times better than living in Cameroon or Morocco.  It was a relief, like a dream.

I used to work out with a fellow from Haiti.  He was a big, strong guy and could be rough.  He got into trouble and went to jail for awhile.  When he got out and was back in the gym, I asked him how it was.  He said it was easy like a vacation.  He'd been in jail in Jamaica, he said.  People whining about the conditions in the jails here didn't have a clue.  He just ate and slept and chilled until his time was up.

But I'm still going to whine about things.  Everything is context.  Old politicians will still have to pay the people they got to vote for them and hillbillies are going to keep cooking meth and the bourgeois women at the gym will complain about the little league while a million people try to get into this failing of a nation.  Polluters pollute and capitalists get you addicted to t.v. and sugar.

And if you want, you can opine about it all on social media.