The Old Thrill of a Pound More or a Pound Less 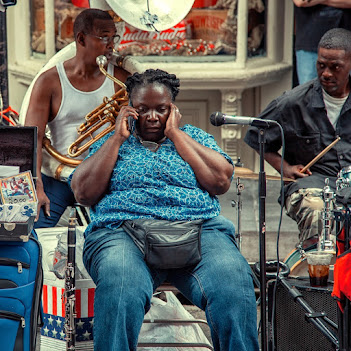 My post-vaccination life hasn't changed much.  The most considerable alterations are that I go to the gym and that I now eat inside with my mother.  I've had two lunches outside with friends, but I had done that before being vaccinated.  My major goal right now is to lose the Covid 19 pounds that I have terrifyingly put on.  I am hideous.  So. . . more aerobic exercise, fewer calories, no refined sugar, and a reduction in alcohol consumption.  All of that is easy during the daylight hours, but at night. . . it is another thing.  Still, I have managed well so far this week.  I haven't given up wine with dinner or a drink when I am out, but I am trying to end my drinking of so much distilled spirits at day's end.  I've begun making herbal teas again, and that is really helping.

But, you know, it is impossible to lose weight, at least for more than a few minutes.  Nothing has memory like a fat cell.  Most people who lose weight dieting gain back more than they lost eventually.  So I am not dieting.  I am, uh. . . drinking less alcohol and more herbal tea.

That doesn't mean, however, that I won't rip it up with you.  I just can't keep ripping it up without you.

It is not only my reflection that has motivated this, however.  Season Five of "Below Decks Mediterranean" has a lot to do with it.  Have you seen it?  Joke.  But poor Hannah has lost her figure and her head has exploded.  She just looked awful.  But, as we eventually find out, she is addicted to some soporific drugs.  Prescription Valium and the like.  Life just gets to be too much, and even single women eventually need Mother's Little Helper.  Wait.  That might have been amphetamines.  Well, you need both to stay on cycle. But poor Hannah lost her personality and she lost her looks.  I'm not body shaming because body shaming is wrong and I have gotten fat, so don't judge me.  But Hannah was a wakeup call.  I'm putting away everything that will take me down the Path of Hannah.

Oh, I have to get back to yoga.  It's just every time I try, my belly keeps me from doing the positions.  First the weight loss (without dieting), then the yoga.  Then, you know, when I am looking fit and fine, I'll be coming to a town near you soon.

There is wacky"Emily in Paris" show, too.  Everyone is thin.  There are no fat romantic leads.  You know that it was nominated for two Golden Globes, right?  And that it was a scandal because it was a terrible show?  Truly.  I've been watching it with a critical eye this second time through, and I am a good active viewer, good at interrogating the text, as they say.  The show is silly eye candy on top, but I can make it sound incredibly complex if I do a semiotic analysis.  And it is.  It is a picaresque tale, but Emily represents everything we as a culture are supposed to hate about Americans now.  And I get it.  But it isn't that simple, I promise.  I don't like stupid shows, so my adoration of this one was curious to me.  Nope.  I'm not saying it is a Frost poem, but there is a darker message running counter to the plot.

Mostly, though, I just enjoy the view.  Ili and I were in Paris at the very moment the last episode ends.  We stood in every shot before or after it was taken.  Lovely Paris.

Don't worry.  I am still reading.  My life isn't as shallow as I present it here.  Nearly, but not totally.

Which brings me to the Grammys.  I didn't watch them, but how do you escape them.  They were controversial, I read.  Bill Burr, of course, is a villain.  He makes his living pissing people off, so there is nothing new.  But people are all over the place about the awards.  The white boy fix is in, they say, though Beyonce and Meagan Thee Stallion were the big winners.  In part:

Though she didn’t win the night’s final and biggest category, record of the year, Grammy night belonged to Megan Thee Stallion. She took home the three other awards she was nominated for: best new artist and, for the remix of “Savage” featuring Beyoncé, best rap song and best rap performance. Each speech was a wholesome gift: words of exuberance from an artist experiencing the first flush of truly widespread acclaim. But her self-assured performance was the loudest statement of all. It opened with a bit of “Body,” and pivoted into her part from the “Savage” remix. But the main focus was a performance of “WAP” with Cardi B that was wildly and charmingly salacious, frisky and genuine in a way that the Grammys has rarely if ever made room for.

Wake up the kids.  You can watch Thee Stallion in action here.  Oh, but wait--Netflix got blowback for something like this, didn't they?  You'll want to watch it until the end for real inspiration.  It looks like Spring Break in Miami.

Billie Ellish had to apologize for Winning While White, I guess.  It didn't go over well, though.  Worst part of the night, they say.

At the very end of a Grammys ceremony that did its best to pretend like the Recording Academy has always supported and centered Black artists, women and especially Black women, Billie Eilish was put in an impossible position that we’ve seen too many times before. Awarded record of the year for “Everything I Wanted,” a mid tempo in-betweener of a track, only a year after sweeping the top four categories with her debut album, Eilish could only gush over Megan Thee Stallion.

“This is really embarrassing for me,” Eilish, a white teenager who — like many in her generation and beyond — worships Black culture, said. “You are a queen, I want to cry thinking about how much I love you.”

Some online bristled at the performative white guilt on display, while others applauded Eilish’s apparently sincere fandom. But only a stubbornly old-fashioned voting body that still just honors rap when it’s convenient could be blamed.

Well, it's tough, you know?  The kids are just trying to find their way in a weird world full of theories and science and all that is being foisted on them by history.  But like the rest of us who have passed through our youthful follies, one day, they, too, will be forced to consider what they eat and drink.  They, too, will know the old thrill of a a pound more or a pound less.