Not As Much Bohemia 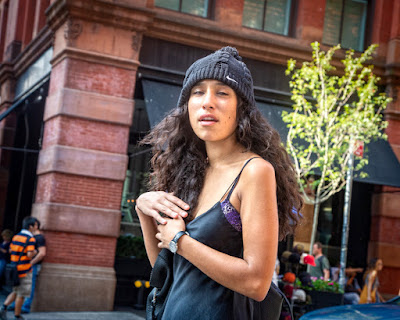 Did you watch the Hockney interview I posted yesterday?  Good, right?  I meant to mention the interviewer's pandering question near the end of the show when he veers from questions about art to commenting on the number of gay and lesbian members of Parliament in England.  Hockney's response is near perfect.  With a chuckle and an eye roll, he agrees that yes, things are better than they used to be, but "There isn't as much Bohemia. . . ."

Hockney always nails it.  What a charmer.

What the world needs now is more Bohemia and less Woke!

But that ain't going to happen.  We might get a Woke Bohemia, though.  Dreadful thought.

It was the Bohemians, however, who created Hitler.  The Woke merely gave us Trump.

It is Monday for all of you working folks, and tonight is a Full Pink Super Moon.  How do you celebrate?  I will burn a candle and perform a tea ceremony.  Either that or take a scotch out to the lake to watch moonrise.  But then, surely, home, candle, tea. . . .

I spent another full day at the computer going through old lost and found files.  Truly.  From early in the morning to late in the afternoon.  I have so many unprocessed pictures I get sick with anxiety just thinking about them.  Trouble is, I've already cooked up the best ones.  There are disregarded gems in there, but it takes a lot of mining to find them.  At some point I will tire of looking and start making new ones again.  Perhaps.  I am not as good a photographer as I was, I think.  I had more energy and more cajones then, and the world was not as hostile to photography.  Or, perhaps, it is just that I am looking at the compressed history of photos and it seems that way.  Everything from the past gets condensed and appears richer.  All the duds and lost time gets discarded.

Speaking of which, I haven't begun to tackle Proust yet.  It seems so daunting.

By now you realize there will be no morning narrative.  Just random thoughts.  I will think of stories today that I might tell in the coming posts.  I need to write more narratively, I know, and I should now that I am avoiding all political news.  I have less to opine on.

What do I remember?  Let me make some notes.  Perhaps tomorrow.  We shall see.