Things Were Better In Old Photos 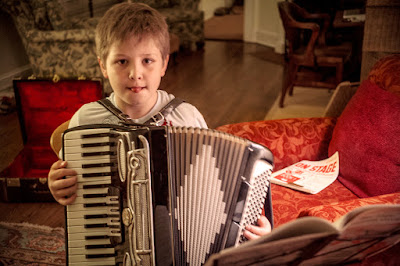 I didn't move yesterday.  I didn't go outside until it was time to go to my mother's in the late afternoon.  I was looking at and working on the old lost and found files all the live long day.  I needed to rehearse my old skills and pick up some new ones.  There is only one way to do that.

There is nothing like a photograph to bring back the past.  Maybe music, but a photo is more specific.  And I have taken a kajillion photographs.  What is odd, though, is that in going through them, I kept regretting the photos that I didn't take.  There was a constant sense that I could have done better.

I came across pictures of some of my coworkers I had taken at a dinner we had with Bobby Seale a little over ten years ago.  I never cooked up those images and never sent them out, and later, of course, I couldn't find them, but yesterday I cooked a bunch of them up and sent them out.  I now think you should wait at least a decade to send photos to people.  Everyone gets a kick out of the way they used to look.  I got more positive feedback with this group of photographs than I have gotten with any set of photos I've sent out before.

After visiting my mother, I didn't move again for the rest of the night.  I had a cocktail on the deck and then dinner with the cat.  I feed her regular cat food, but now she sits and stares while I eat.  This is a result of running out of cat food the other morning.  I Googled what human foods I could feed her having learned that milk is bad since cats are lactose intolerant and that tuna has too much protein.  This confused me terribly, of course.  Do cats not eat fish in the wild?  I guess not.  I've never seen them standing by the edge of a lake or a river looking for food.  Since I didn't have any rats, which they will eat, I looked to see what else might be in their diets.  Bananas. Really?  Melons.  Berries.  Carrots.  Again--do they eat this in the wild?

But cats are not wild, are they?  They may be feral, but they were bred to domesticate.  There is a difference.

I settled on an egg.  The article said to scramble it, so I put one on a plate, mashed it up a bit, and stuck it in the microwave for a bit just to kill the salmonella.  Then I stirred in the tiny bit of cat food I had left.

So now she wonders what it is that I consume.  I chewed up a couple pieces of chicken to take out the spices and cool the food before I pitched it her way.  We are better buddies than ever now.

After dinner, I pulled out a cigar and some scotch and waited for a call from an ex-colleague that was to come between six and seven.  It didn't come.  Waiting, I got a bit bored and started fiddling with apps on my phone.  I made some "home movies" with one called 8mm.  I used to do such things all the time.  I made one of my place, then one of the cats playing in the yard, and finally one of myself smoking a cigar and drinking a scotch.  Of course, the selfie movie was hideous (and gave me nightmares later on), but you know, the camera only records what it sees, so. . . .

Later on, my colleague did call, and the news was what I expected--awful.  He wanted my advice.  I was sage, of course, but that did not assuage the horror of the thing.  The factory has changed much since I left, he said.  It seems to have.  I am glad I don't work in the new environment, but I can't help but think that perhaps it would be different if I were still there.  But many of my old cronies are gone now, too, and change is inevitable and unavoidable, and in the past year it is difficult to see much that has been positive.

Of course, one merely needs to change perspectives and view things in a different light.

After our conversation, I watched this (link) interview with David Hockney.  There are many others you can watch, and they are all pretty wonderful.  Hockney is brilliant and understands the making of art better than anyone I've ever heard speak on the subject.  That he continues to experiment is wonderful, and I felt better about my own life hearing him suggest that he really doesn't go out any longer, that all he wants to do is paint.  One must refine their desires as time passes.  Some, however, do it better than others.

What I watch in the evenings before bed, I have learned, influence my dreams, so I have been avoiding anything serious or disturbing for quite a while now.  For the past few nights, I have been watching a show I tried to watch a while ago and couldn't get into.  But I was wrong.  "Schitts Creek" is a belly laugh of a show.  I've watched two seasons in the past four or five nights.  It's o.k.  Episodes are only 20 minute long.

But last night, it was the phone call that got me, and the Hockney interview, too.  I woke at four and couldn't get back to sleep.  I lay in bed and began to catalogue the people I knew and analyze what I knew about their current lives.  I wasn't judging, mind you, but I began to think about everybody's struggles.  Of course, I thought about my own, and then the inevitable comparisons, and Jesus, I began to realize the horrid arc of existence and the struggle to be happy. . . and then I began thinking about the studies on the use of LSD to fight depression and then. . . .

Cars drove slowly by the house.  What were people doing at this time on a Sunday morning?

There was no hope of getting back to sleep.

I thought of the Dali Lama.  Did he believe he was a chosen one?  Having lived so long, did he really believe that Richard Gere is the next incarnation?

I tried to breathe and focus on something positive.  I relaxed, fell asleep, and woke up in horror.  It was no use.  I had waited long enough.  It was six.  I could get up now and try to chase the horror away.

I am almost certain it was the selfie home movie that did it.  Like everyone else, I enjoyed seeing pictures of my younger, cockier, happier self.  The night was filled with my present and perhaps future troubles.

The kid in the photo is an adult now.  He gets a kick out of the old photos.  "Aesthetic," he says.

Maybe.  I just wish I'd done more and better.