A Cat, a Cigar, and A Little Brown Friend 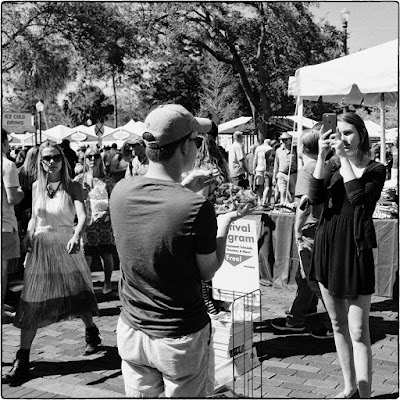 Oh, boy.  Yesterday, I had all sorts of things to write about this morning.  I was wild with excitement.  I wanted to take my laptop to a coffee shop and begin right away.  I didn't of course.  I am not in the practice of going to coffee shops and writing any more.  I am not in the practice of doing anything, and so the day slipped away as did the ideas.  This morning, they are all gone?

A sign of aging?  A touch of the big "A"?  I was very happy yesterday, but the evening got me, and last night was full of bad dreams, fears, and anxieties.  I am going to have to pull myself together.

Why was I so happy?  I try to remember.  The day was gorgeous and weather has much to do with my moods, so that could have been the majority of it.  A couple of my ailments had lessened, and I guess I might have had a better outlook because of that.  At the gym, I saw--and lost--my new girlfriend.  She was there looking much the same, that is to say unhappy at best.  Was she glancing me from the corner of her eye or was she just keeping an eye on her would-be stalker?  I don't know, but it won't matter.  When she finished her workout, she went to the children's room and brought out a three or four year old boy.  She seemed a bit happier.  Me?  Not so much.  But, you know. . . so it goes.  I'll not contemplate her disappointed eyes and mouth any longer.

I decided to spend twenty minutes poolside to continue slowly ridding myself of my farmer's tan.  Safety first is my motto.  Poco y poco.  It was a very pleasant twenty minutes with blue skies and bright sun and the sound of lunchtime swimmers churning the waters.

At home, I prepared lunch. 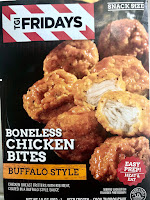 I never do such things.  Ever.  But for some reason, this was in the freezer.  What the hell, I thought, I'd already half killed myself with White Russians.  I might as well finish the job.

I was looking something up as I nibbled away at the almost chicken, and it occurred to me that I had overlooked what might have gone wrong with my last affair.  The dates matched up.  Ili and I were plagued by Trump for most of our relationship.  From the time he announced his candidacy throughout his term, it was Trump, Trump, Trump.  We were trying to maintain a romance through the most ludicrous of times.  Yes, I blame Trump for all of it.  Someone should look at divorce rates during his administration.

I must say, I spent a lot of money during the Trump years.  I didn't mind spending money when I had fat checks rolling in.  Now, I am financially paranoid.  I am living the torment of what Edmond Wilson describes as "a small but adequate income."  Nothing sadder, I'm afraid.  So now, I want to squeeze every penny.  Almost.  I did have Friday Night Sushi, but it is my only luxury these days.  I do it as much for the recognition I get walking into the restaurant as I do for the food.

"Hello Mr. S.  You did not come in last week.  Where you been?"  And I shit you not, waitresses and bartenders all come forward to say hello.  It is surreal.  I feel sometimes as if my travel/buddy friend has paid them to do this as a joke.  He would get a kick out of such a thing.  All of this on the Boulevard, and me in my cheap Chinese gay gangsta shorts and Haynes v-neck t-shirt.  Yes, I am sure it is all some sort of setup, but what the hell.  I'll enjoy it while I can. 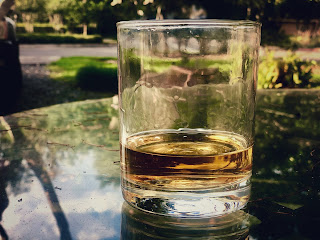 And, of course, the after dinner drink to kill the worms.  A cigar and whiskey and a feral cat as others prepare to go out to dine with their own true loves.  During the pandemic, we were rather forced into isolation, and though I was utterly alone, it was not my fault.  Now, however, as life returns to "normal," being alone on a Friday night is not the same.  If it was sad before, it is deeply depressing now.  And yet, I make no move, plan nothing.  Just me, the cat, and my little brown friend.

Today, I tell myself, I plan to get back "on track," whatever that means.  I think it means no more TGIF nuggets and silly White Russians.  "Back," perhaps, to some basics.  Healthy food, a lot less whiskey, and a Herculean effort toward more contentment and even--dare I say it--happiness.

I may be expecting too much.  I think someone is still very active with the voodoo doll.  I don't know how long those things work, but I am damn tired of it.  I may have to sacrifice a rooster to rid myself of whatever spell I'm suffering under.

But this morning, contrary to what those liars on the weather channel said, turns out to be gorgeous.  And so I will try to be as well.  Who knows.  I could turn a corner.  If not a corner, maybe a slow, sweeping curve.   If not a curve. . . .