The Unofficial Start of Summer 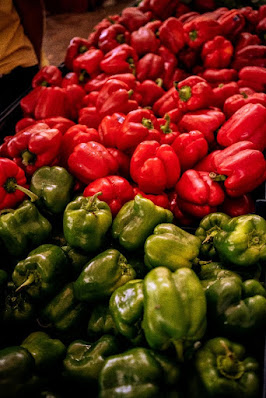 We are set to begin the long weekend, the unofficial start to summer.

I thought I'd begin today's post with a trite cliche.  Perhaps I'll use some really tired phrases like "an abundance of caution" in the post as well.  That is what you do when you have nothing fresh or interesting or original to say.

I bought a bottle of Kahlua yesterday.  I decided that I would drink nothing but White Russians this summer.  That lasted one night.  Getting drunk on sickly sweet things seems a good idea until you do it.  It is much worse for you, though, than beer or wine or whiskey.  Nope.  Not for me.

It could actually inspire you to quit drinking which I did quite early.  I watched some documentaries on YouTube and then turned on my meditation guide.  I decided not to repeat the second episode and went on to the third.  Gratitude.  Perhaps I should have rewatched the second.  I was even worse at feeling gratitude than I was at feeling sunshine enter my body.  I tried.  But I had decided to sit on the floor for this one and all I could concentrate on was the pain in my knee.  I tried to quell it by straightening my legs, but that only led to a duller pain in my lower back.  I had to abandon gratitude and work on stretching my body this way and that.  It felt good to stretch, so I continued with that beyond the guided meditation.  I guess I'll go back to the beginning and start the series again.  It is obvious that I should not be skimming over steps.

I had decided the night before that I would drive to the beach and get some salt and sun and air, but in the morning, I reasoned that the water may still be cold and that the long drive there and back might be too much.  I canned that idea.  Instead, I went to the bougie Y and rode the stationary bike then lay out by the pool for a short while soaking in the unofficial summer rays.  I don't want skin cancer, so I used an abundance of caution.  And indeed, I could feel the sunshine entering my body.  Yes, I should have gone back and done the second meditation over again.  It would have made better sense.

Later that afternoon when I went to my mother's, we had more fun with Castor oil.  I put a few drops in my hands and rubbed it over my face.  "Your skin already looks younger," my mother said.  "That's the sun," I answered back.  "Look how blue my eyes are."  A few minutes in the sun and my eyes blue up greatly.  It is quite the phenomenon.  My mother picked up her phone and took a picture of me as evidence.  Indeed, I did look quite wonderful, nearly movie star quality.  Amazing what a little sunshine and castor oil can do.

Today is to be the last sunshine day here for quite awhile.  The clouds and rain begin in earnest tomorrow, or so they say.  I have plumbers coming again this afternoon, so I will get out and enjoy today's beauty while I can.  Then tonight?  Well, it IS Friday, so I will surely get something good to eat.

Which reminds me.  Yesterday at the gym, I saw a woman who intrigued me.  Not in the common way a woman might intrigue a man, but differently.  I guess we have visual types.  I don't know.  I do know that something in me responded quite strongly to her.  She was no kid, and she moved like barbiturates.  She didn't even look happy.  I made the face she was wearing to determine this.  I tried to spy her left hand ring finger to see if that was the source of her unhappiness, but my eyesight isn't what it used to be and I wasn't sure.  I thought the safest thing to think was that she was married and unsatisfied.  I didn't want to assume that she was just on Prozac for more serious problems.  That would be no good, not for her, not for me.  I am certain not for me.  I've dated crazy, and I know how that works out.  Oh, boy, you can be so happy some days, but then there are the others, those long, dark days where you can't seem to quit breaking eggs.  No, no more crazy for me.  I've gotten to be too fragile to run with that any more.

So. . . having cut out over half the population, the dating pool becomes one of those tiny little blow up things that usually deflates over night.  And thusly, I will be eating my Friday meal alone.

But that's O.K.  I have my nightly meditation and stretching to see me through.  And now, since I have put in a bright lightbulb in the bedside table, there is reading before turning in.  And really, what more can a fellow want?  Just stay away from the White Russians.  Such things could lead to ruination.  No, the simple life, good food, exercise and meditation, literature and art, and straightforward drink. . . what more can one want?

Maybe next time, though, I will catch her eye.