Change Is All About 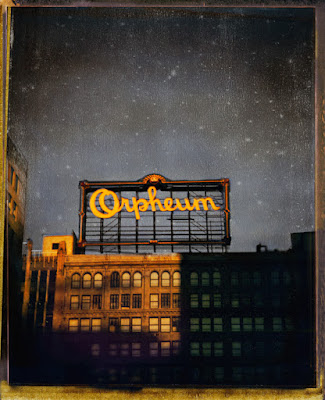 Found this one going through my old files.  Jim McHugh.  His large Polaroid works were some of my favorites.  When I came across this, I Googled him to see what he is doing now.  His Polaroid work may have won him the awards, but most of his photographs are his commercial/reportage work.  Still. . . . 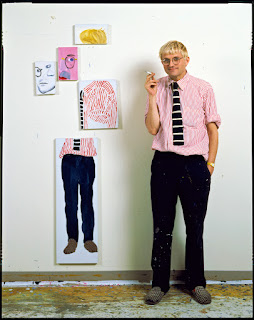 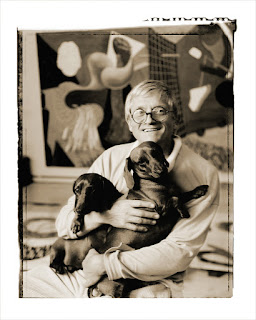 he chose some of the right topics.  Funny, I thought, that he didn't do Hockney in the giant color Polas. 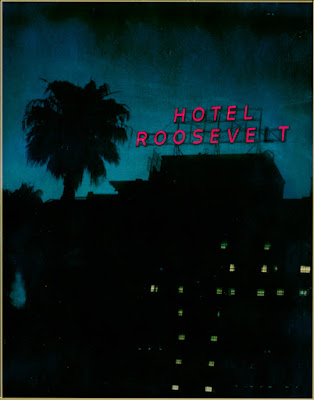 The death of that great old Polaroid peel apart film still makes me weep with sickness.  I have, however just ordered a new peel apart instant film from a company who sent me some prototypes of their film earlier this year (which is still in my refrigerator, unused, as I haven't the appropriate camera for the size of the film).  The film that is being sent is like the old Pole 669 I used to shoot, so it fits right into my old Polaroid Pro camera.  We'll see.  I hold out hope.

Looking at McHugh's images got me thinking about all the old, rotten instant film I have left.  I went to the garage and pulled out one of the old Polaroid 600 cameras and shot some film that was still in it.  Nothing.  The chemistry had all dried up.  But I have lots of instant film that I will run around trying in the next few days.  I wonder if I could perhaps produce some nighttime images like these McHugh pics I love so much?

I was wrong yesterday when I talked about my own hometown's Art Festival.  They didn't have it in March, but they are holding it this weekend, thus the party on Saturday night.  It is curious to me, and it is really too late in the year for it.  The forecast this weekend is not good (but weather predictions are as untrustworthy as republican politician, so. . .).

I get beautified tomorrow, so I will have a new shock of shorter blond hair for the party.  I will positively glow in the setting sun and tea lights (like some aging queen).  I'll need to be careful.  You know what I always say--Safety First.

I got my car back yesterday.  It only took nine days.  But it was just in time.  The tenant, whose car I have been driving, came back last night having been gone since Christmas.  It seems that change is all around.

It is an overcast morning and will remain an overcast day if those weather people are to be believed.  Perhaps I will partake of some opium and lie about on deep leather couches and large, overstuffed silk pillows as day refuses to bloom.  I will drink mint tea and ask the boys to bring me sesame cakes.  I will let the girls groom me.

Rather. . . I must get on with the tedium of the daily chores.  The feral cat did not show up for breakfast and her boyfriend, the neighbor's cat, keeps pacing the deck and meowing.  I went out to see him and he was not quite himself.  Hmm.  I guess we'll see how this story turns out.