One Good Thing About This Century (For A Moment, At Least) 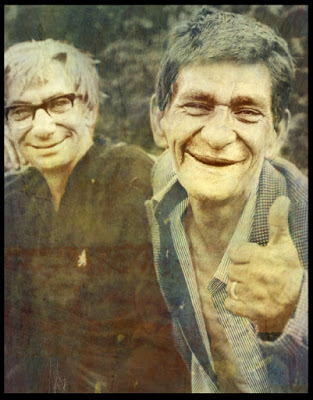 I don't know who took this image.  It is one of the millions I have downloaded over the years.  I spent the entire day yesterday going through them.  It was all I could do.  I was sick which is disturbing since I still am pretty much isolated.  God knows what I have.  Maybe Covid for the third time?  My imaginary Covid?  In my mind, if not the public's, Covid is now the only disease.  No colds, no flus, just Covid.  Whatever happens now, it is probably Covid.

So now we who are vaccinated need not wear masks.  This is a sudden and strange turn of events.  Not all epidemiologists agree, but not all epidemiologists are under the pressure felt by the CDC.  It is wondrous, however.  I've not yet read or heard a reaction from other countries.  The proof will be in the putting (pudding), though.  If infection rates begin to rise, or worse, hospital cases and deaths, there will be a quick and severe reaction.  From whom, though?  Conservatives?  They've been against masks all along.

I DO feel better about attending a party this weekend, though.

Going through the hard drives, image by image, one by one, I am learning many things.  One is how long I can sit and look at a computer screen without moving.  It is surprising.  Another is how badly it fucks with my vision to do so.  My eyes are blurry after a day of screen gazing.  But I am realizing much about pictures, too.  35mm framing, for instance, is not so very popular.  Most images get cropped in some way unless they are already in a more aesthetic 6x6 or 4x5 or 6x7 or 6x9 format.  Almost no paintings are in the 3x2 format of the 35mm frame, and I have to wonder why all digital camera makers stick with that ratio.  Not all do, but I can't afford the new Hasselblad medium format digital cameras and lenses.  Can I?  I mean, I want one desperately, but times being what they are. . . .

I am realizing, too, that the early part of the century was a radical and creative time in photography.  Even though most people were still shooting with film cameras, the digital world was changing how photographs looked.  Scanning film into the digital realm allowed for a great range of manipulation, and though some of it now looks overblown, there was a freedom to experiment that was really paying off.  But as digital manipulation became more the norm, and as photographers moved away from film toward the ease of digital cameras, images began to look more and more the same.  That combined with a growing Puritan attitude toward what images should be allowed and who should be allowed to make them have contributed my own lack of interest in contemporary imagery.  It happened relatively quickly, too, in less than ten years, I'd say.

Looking back at the photography of the early century is a reminder of how thrilling things were going to be.

If only Biden would offer me some money to buy that Hasselblad.  I'd vote for him again, I would.

I won't write about the conflict between the Muslims and the Jews.  I have very strong opinions on that matter, but like all strong opinions these days, I'd definitely be on the wrong side of many, many people, and I probably wouldn't want the people who would agree with me on my side.  I'm pretty certain I wouldn't.

I'll wait to hear what Noam Chomsky has to say before I speak.

I'm hoping to feel better today.  There will be no time for hard drives.  I have a beauty appointment smack dab in the middle of the day with a gym visit on one side and a visit with my mother on the other.  I will treat myself to a takeout dinner tonight--but wait!  I am not sure I will find parking anywhere near the Boulevard tonight, this being the start of the weekend "Art" Festival.  I may need to think of something in the other direction.

And I must pick out an outfit for tomorrow night.  Hmm. . . what shall I wear?  I haven't gotten dressed in so long, I am not sure I remember how.  But I never did dress all that much anyway, so I should be fine.  Still, I feel stressed.

But you know, that is beginning to feel normal by now.