The Discoveries of Hockney 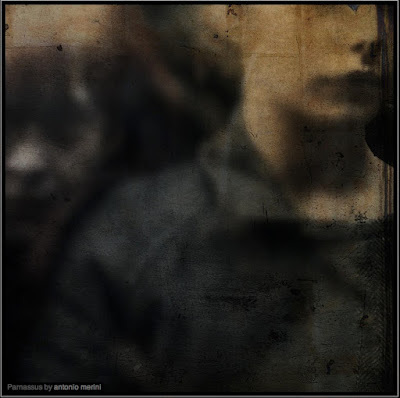 I've been going through old files on numerous hard drives, as I've told you.  I've saved tens or hundreds of thousands of reference images from the internet.  Maybe a million.  I haven't a clue.  This one is from somewhere in the early century.  I saved a lot of this photographer's images.  I wanted to make things that looked like this.  The photo says "Antonio Merini," but the photographer's name is Antonio Palmerini.  Apparently, he goes by both.  Yesterday, when I Googled the name, none of his images came up.  I did find a painter by that name who painted this portrait in Venice in 1857. 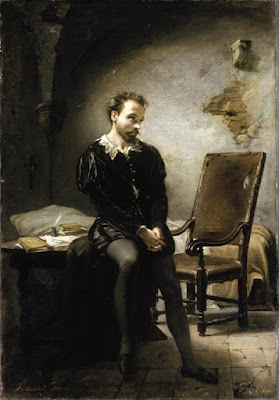 Serendipitously, or, perhaps, fortuitously, last night I watched an old BBC special with David Hockney.  I can watch Hockney interviews hour after hour.  He is simply brilliant.  And he sounds like John Lennon when he speaks.  But the things he knows about art are wonderful.  Not just knows but discovers.  He is a technical genius.

I landed on this last night.

It is of lousy quality on a big t.v. screen, but it should work better on a computer.  In this documentary, Hockney shows that photography was the instrument for realistic painting.  He reveals to the world (over the denial and resistance of much of the art world including the curator of the Met) that painters began using glass to project images onto canvas as far back as the 1400s.  His detective work is surreal.  Watching this documentary was like watching a true-life thriller.  God bless Hockney.

His claim is that chemicals that allowed photographers to fix the image so that it did not fade away was the death of painting, and he shows convincingly that the move toward abstraction in painting was a reaction to photography.

I had just been looking at Merini/Palmarini's work that afternoon and kept reflecting on it.  I realized that Palmerini does something I've been experimenting with lately--he uses mirrors in his photography.  But he has the good stuff, old, dilapidated mirrors with the sliver backing disintegrating, the glass warped.  I've been looking for such mirrors, but so far, I have been unsuccessful.  After watching the BBC doc, however, I think I want to build a camera obscura and photographing the image it produces.  I don't need a big one, I think, just something tent sized or so.

And I will/would do it, too, if I can once again build stamina for enthusiasm. 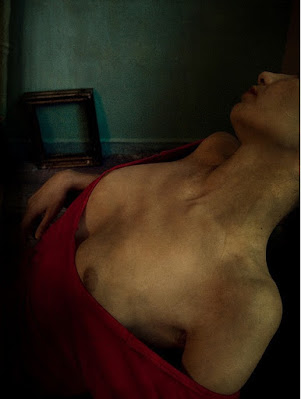 What matters most in making image is style.  We will look at bowls of grapes or a pond filled with water lillies if the style strikes us.  Technique is the artist's friend.

While I was watching the BBC thing, Q called.  He had to hang up because he was at his son's baseball game and talking to me is too dangerous.  This is why I have shunned my married friends for so long.  My life has not always been conducive to the way they must think and behave.  I know that my own behavior is changed radically by relationships, anyway.  And I respect that.  But Q asked me to send him the link to the documentary.  I have placed it here for all who care about such things.