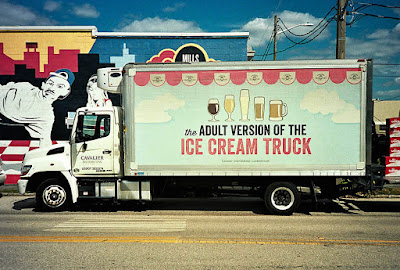 Where do I begin?  Today is the longest day of the year, the first day of summer.  I'm sure there are plenty of QAnon devotees who would question that.

"How do they know?  It can't be summer everywhere!  Is it the longest day in China?  When did they decide that?"

Of course, Bubba, you are right.  Today is the first day of winter in the Southern Hemisphere.  Shortest day. At the equator, of course, there is no difference at all.  Equal day and night all year long.

You have to give to those QAnon scholars.  They do their homework.

Yesterday while I was visiting my mother, my cousin called her to tell her a startling fact she had just found out about.

"Did you know that the star of "The Rifleman" was Matt Dillon's brother?"

My mother had her on speaker phone.

"No, that is not correct," I said.  "Robert Graves of "Mission Impossible" was James Arness's brother."

My mother thinks that FaceBook and the news are the same.  She tells me incredible things.  I mean that literally.  Incredible.

So summer comes to the not-so-sunny south, and we begin to live pod life.  It is too icky out to do anything, really.  People walk early in the morning, but the rest of the day is spent in air conditioned pods. Evenings are just too buggy.

I wish I had a swimming pool, but those are sure to be outlawed soon.  There won't be enough water to go around.

Last night I grilled a kabob and roasted some vegetables.  I was inspired by some recipes I saw online.  I have not grilled vegetables much, and I did a very poor job last night.  But at least it was a lot of work.

When everything was ready to eat, I took my plate outside to dine with the cat, but the mosquitoes were hitting too hard, so I came into the house and sat in front of the television.  I looked at my list of saved film titles and chose "Bukowski: Born Into This." I paid $2.99 on Amazon, but you can watch a lower res version on YouTube for free (link).  I mean. . . if you want to.  Most of my friends have "grown" out of their "Bukowski Faze."  Indeed, Bukowski can get tiring, but not so much when you are young.  And as my friends have made more money, skid row bums have held less fascination for them.  And, of course, social values have changed, too, so Bukowski is another one who needs to be cancelled if you are into that.  But the documentary was really very well done with interviews by a strange assortment of people from Bono to Sean Penn to Tom Waits.  It even has one brief clip of Harry Dean Stanton reading a poem to the camera, weird as he never appears in the doc again.  But Bukowski certainly had a disgustingly horrendous existence.  Nobody, however, in American literature, anyway, has ever been so good at telling us why.

After that was finished, I rented "TWF No GF" (link).  I didn't make it very far before I went to bed, but after watching Bukowski, it was even more interesting than it might have been.  If Bukowski had an internet crowd, who knows what he might have done.  Mass murderer?  QAnon hero?  Would he have fallen into chat rooms with this crowd?  I doubt it, but the juxtaposition of the two things was interesting.  I'll have to finish it tonight.

Such films, however, do not make for good sleep.  My dreams were haunted by losers and miscreants and I was up and down all night.  I know I must be more selective about what I watch before bed if I want to sleep peacefully, but sometimes you just get sucked in.

I can't see out of the windows.  They are fogged with condensation.  It is the time of mold and mildew.  The world is green and once again closing in as the vegetation grows lush.  I read a book once about an explorer in the South American jungles called "The Green Hell."  I've been in the jungles of South America, and while that is worse, this is close enough.  I should have made more money and had a retirement home in the mountains for a summer retreat.

Half my friends do.  The other half. . . probably read too much Bukowski.

"Do they have that in China?"