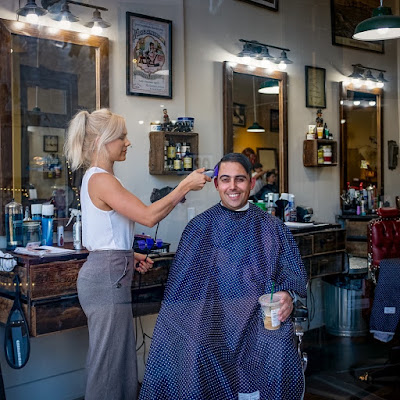 Trump shut down his blog because it wasn't popular.  Wimp.  If that is how it works, I would have shut down years ago.  Sure, everyone wants to be popular.  But there is a cost you have to bear that I am unwilling to shoulder.  You should always be willing to piss off the people who agree with you because you know that sometime, somewhere they won't.

I've pissed off lots of people who were on my side.  In turn, they have pissed me off, too.  At present, I am both pissed off and pissed on.  Nothing is going smoothly.  The cylinders are missing, the plugs aren't sparking.  For everything I take care of, two more go wrong.  And it isn't even summer!

Last night when I sat down to my evening guided meditation, it was pointedly about the troubles I've been facing.  The disembodied narrator always begins with an explanation of the meditation to follow and then tells a poignant story.  Last night's was about life in the Buddhist monastery.  They only received two meals a day, he said, and as you can imagine, the fare did not vary much, usually rice and curry.  They were to eat slowly and meditate on the meal.  Consuming the bowl of rice was to take an hour.  One night, one of the servers brought out bowls of ice cream and the narrator had gotten very excited.  The server put the bowls of ice cream in the middle of the table.  The next server brought them their bowls of rice and curry.  As he ate, he watched with great disappointment the ice cream melt away.  It was a lesson, he said.  They were never going to have the ice cream.

The story did not have the appropriate effect on me, I fear.  That is the kind of moral lesson I despise.

Once, sitting at our usual Friday afternoon sidewalk cafe drinking beers, a high-toned woman walked by pushing a million dollar baby carriage.  You know the kind, lots of wheels, springs, shock absorbers, plush interior.  My dead ex-friend Brando said, "Every once in a while, she should turn that carriage over and spill the baby out onto the street so that the kid knows what life is truly going to be like."

It depends on the kind of person you are as to how you are going to respond to that lesson.  One person might become a monk, another a psycho killer.  It would not lead me to the monastery.

I don't think it is just me, though.  I believe the Time of Corona has changed everyone.  Relationships are needing much readjustment.

I can't wait for everything to align.

A while back, the people in Vienna making a new peel apart instant film sent me some of their prototype to try.  I still have it.  It is 4x5 film and I don't have the proper camera/back combination to shoot it.  Yesterday, eighteen of these showed up. 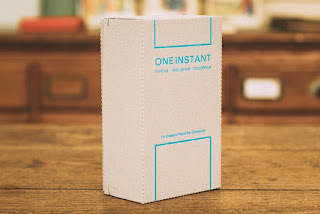 Eighteen pieces of peel apart film that fits into the same camera I shot Polaroids with in the studio.  It is not an ideal film.  Prints I've seen from it look quite faded and expired, and often the chemicals from the developing pod do not spread evenly.  Still, I am excited and nervous to try it.  I want to see if I can do with this what I used to do with the Polaroid film.  If I can, I will send the images to Supersense hoping that they will send me some of the first new peel apart film they are working on now.  But I don't know what to shoot.  Nymphettes and fawns seem out of the question right now.  Perhaps I will try still life.  I need someone else to create them for me, though.  I have tried.  It is not as easy as it looks.  You can't simply throw a bunch of pears and grapes and cheese on a table and get something aesthetic.  Creating the still life is an art unto itself.  I have little talent for it, I have found.  Today, I will simply try to find something pleasing to shoot outside and see how the film works.  Oh. . . it is VERY expensive film.  You don't want to need to do too much experimenting.  No.  You want to have a very short learning curve.

I've tried all of the new instant films.  I have been invited to try the prototypes of two now.  I have yet to find one that didn't disappoint.

Maybe it is of no matter, though.  I have been trying to shoot images with my medium format cameras lately.  Something must be wrong with them.  Either that or it is the film, for my photographs just don't look interesting.  Yes, it must be the camera or the film.

I'll have to meditate on it.  Maybe I can let it all go and something new will come to me.  Maybe.  If I can just quit getting so pissed off and mired in my own condition.

But how about that Trump, huh?  Leaving the old blogosphere.  I read that nobody reads blogs any more anyway.  Too many words, they say.  People want tweets.

I wonder if I could say this in 280 characters? Concision is next to Godliness.  Isn't that right?  I think it was told in one of the shorter scriptures.