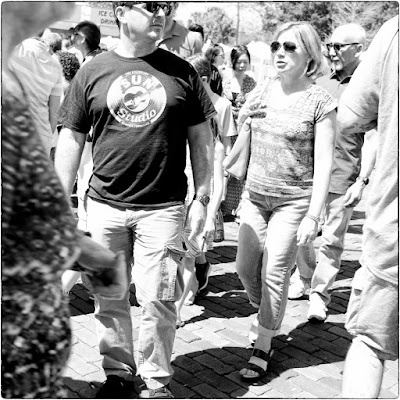 I used to like to go out so that people could see me.  Now I stay hone so that they don't.  Maybe I can eat my way into a new diet.  I'll just eat all I can of fruits and grains and vegetables, try to stuff myself and never go hungry.  That way, maybe, I'll just lose my appetite or grow tired of eating.  More likely, however, I'll just waddle down the same path I've been traveling for a while now.

I finished "TFW No GF" (link).  I don't recommend you watch it unless you want to know how people get so fucked up.  No, that's not correct.  You won't learn how.  Yes you will.  No you won't.

This shit just gets in your head.  You probably shouldn't watch it.  What you don't know will probably kill you.

O.K.  Yesterday I watched a debate between Noam Chomsky and Michel Foucault.  Foucault's panache rather ran over Chomsky.  They tried to agree with one another while working from different paradigms.  It was the collision of old and new ways of thinking.  More like a sideswipe, really.  They just talked past one another.  Most notable for me, however, was Chomsky's belief in "better" and "right."  He works from a certain moral order.  So does Foucault, but he makes less of a claim that it is moral.

After watching that, I went to my mother's for dinner and a couple hours of "Naked and Afraid" (link).  I must admit that I am astonished that nobody I know has ever seen the show.  It has been a mainstay of my mother's and my Sundays for years.  It is where I catch up on my commercials.  While they were playing at some point, I asked my mother how church was that day.  She hadn't gone for over a year and has just recently been able to return.

"Oh, fine," she said.  "They talked about forgiveness."

I'm sure she mentioned that because I talk a lot about that.  I am a very forgiving person even though I have to vaporize people I don't like in my nightly meditations.  Having watched so much Hitchens lately, however, I blurted out, "Forgiveness!?!?  How can they talk about forgiveness in an institution that believes in Hell?!?!?  Where is the forgiveness in that?"

"Well. . . Hell is only for really bad people.  You have to ask God for forgiveness."

Her vision seemed to turn inward, and I was sorry I said it.  What was gained by that?  What accomplished?  No, I definitely wanted forgiveness for that one.

We ate roast beef and drank a bottle of wine, and I was off.  I needed to get home to feed the cat.  She has not been much of a pal lately, however.  She eats and leaves.  She just doesn't appreciate.

Scotch and a cheroot in the fading light of the summer solstice.

Then it was back to join the Incels.

I read the news today (oh boy).  It is all about the weather.  Have you heard?  Wow is it hot.  And the heat is driving people mad.  Those MAGA people are really going at it, and people with guns are really getting heated up.  But PRIDE is marching and the V.A. is planning on funding gender affirming surgeries.  Make America Great Again.  Oh, they won't like paying for that, either, though my inclination is to think that they pay less tax than others.

I should probably be doing this in a chatroom rather than here.  I'd get many more "followers."

And isn't that what everyone wants? 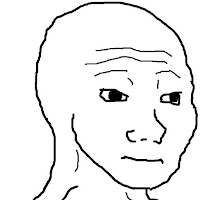