The Days of the Week 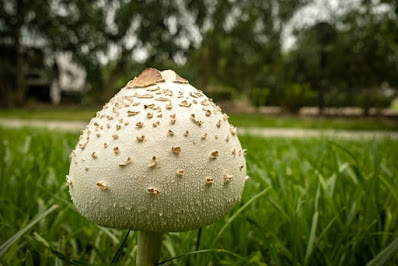 I'm getting closer.  I mean, at least it's alive.  Organic, you know.  Next--maybe dogs.  No, that might be too great a leap.  I can't go from fungus to mammals.  Lizards, maybe.  I have hundreds of lizards in my yard.  But perhaps I should start with flowers and then move on to some invertebrates.  Maybe that's my project--"Photographing the Phylums: How Ontogeny Recapitulates Phylogeny."

I had lunch with my travel/art buddy yesterday at a good Italian restaurant.  We sat at the bar, of course.  I just copied his order, calamari in white wine sauce with fresh plum tomatoes,  an order of bruschetta, and luncheon beers.  Two retirees trying to remember the day of the week.  You know the joke?

"How many retirees does it take to change a light bulb?  It only takes one.  But it takes all day."

I'm finding it is true.  I got up at seven, but I still had to hurry to make our noon date.  I told another friend the other day (trying to be specific here) that I wondered why the op-eds in the N.Y. Times were getting so long.  Now I just read the first paragraph and then skip to the last to see if I want to read the rest.  Now that I'm retired, I just don't have time to read all that.

Hence, the mushroom, maybe.  Alright, alright, alright.  Toad stool.  I think.  I majored in zoology.  Funguses, bacteria, and viruses were not so much my realm of study.

Oh, what was I saying?  We sat at the bar and told stories.  We were heroes, of course.  Tales of adventure and daring.  I don't eat calamari very often.  Hardly ever.  On trips to South American countries with Atlantic coastlines, however, I ate a lot of it.  The squid reminded me of Peru and Ecuador, hence the tales.  I don't usually do the seafood at this restaurant, though I've had the mussels which were great.  I've been looking back over the menu and think maybe I'll try the clams sautéed in virgin olive oil served over pasta with a wine sauce.  Maybe takeout tonight.

Mollusca.  Yes, maybe I should photograph them.  Did you know they were the second largest phylum of animals?  Only arthropods outnumber them.  Quite diverse in form and much tastier than insects.  I used to eat a lot of conch back in the Key West days, long before the cruise ships and air conditioned condos.  That was after they banned turtle meat.  Conchs reproduce like flies.  Well, that was before we started killing the oceans.  They are having a little trouble now.

But that is all the Mollusca I have in me today.  There are mushrooms and toad stools everywhere now that it is warm and moist outside.  Beware the spores.  Which reminds me.  I used mushrooms in my roasted vegetable meal the other night and put half the package in the refrigerator.  I've forgotten about them.  They must be mushroom juice by now.  I guess I'll need to clean the fridge.

"How many retirees does it take to clean a refrigerator?"