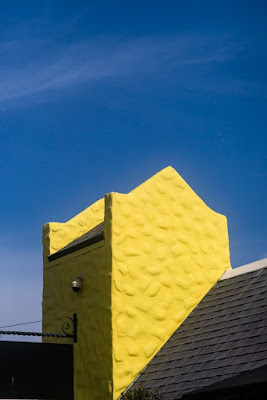 There is so much you can interpret about Eve and Adam eating the apple.  The Tree of Knowledge, they say, though I've read that isn't the only interpretation.  But knowledge of what?  We are pretty sure it wasn't algebra they learned.  I've always favored eroticism since they hid from God and only revealed themselves after cloaking their nether parts with fig leaves (not that well endowed, I guess).  But lately, I've reconsidered.  I am beginning to think that their knowledge was of the past and of the future.  Time, if you prefer.  Beginnings and endings.  Birth and death.  What they lost was immortality.

What they gained was memory.

We all know that memory is infamously flawed.  That telescoping of time as we get older not only flattens the view, magnifying some things while reducing others, but somehow, through weird juxtaposition or a corruption of the code, it provides us with information that is completely false.  That happens to me more and more.  It is a shock when I find my memories are far from accurate or sometimes even worse.  And yet, I am haunted by them in both my waking and sleeping hours.

Oh. . . sometimes I am amused by them, of course.  I prefer these.  And as a professional mythologizer, I have some really heroic ones.  I've swum up waterfalls and wrestled grizzly bears, if you will.  Over a couple of drinks, I might tell you about it.  But so many of my friends have given up drinking, that is becoming a rarely used quality.  They are not tales I care to tell my mother.

Increasingly, though, the past is making the future look less appealing.  I have become excruciatingly aware of my mortality.  Some people take succor from that I have read, but somehow I find that impossible.  What lies ahead, simply put, scares the shit out of me.

Surely that is the Knowledge of the Apple.  The sex part is just a plum comparatively.

An old man is sitting next to an attractive young woman in a bar and offers to buy her a drink.  She accepts and they strike up a conversation.  Eventually--and inevitably--the old man makes a pass.

"Listen, he says, "old men can make love a lot longer than a young man can.  Come home with me tonight and I'll prove it."

The young woman smiles and thinks it over for a minute, then turns to him in reply.

"Sure.  That is probably true.  But who wants to make love to an old man for a long time?"

In truth, though, I have finally to admit to myself that I might be suffering from depression.  Covid isolation and now living and caring for my mother have surely contributed to it.  I am unable to sleep well.  I have become an almost full time caregiver.  Outside of this and the Medicare Channel, I have no life.  I am becoming irritable and am moving very, very slowly.  I am slipping into some void with increasing and terrifying speed.  The future, it seems, is no longer my friend.

But there is good news.  I took my mother to her first therapy session, and afterwards she was a thousand percent better.  For ten, eleven days, she has sat in a drug stupor moaning with each exhalation, unable to perform even the simplest task.  But after driving in the car, walking through the hallways, interacting with the therapist, and going through some of the motions she feared to make, she perked right up.  I will be helping her with therapy three times a day for many weeks now.  Yes, that will be my summer vacation.  Her friends are envious.  One is having much more severe issues than my mother.  Her son is someone I know.  I always thought he was a good guy.  But he has fairly abandoned his mother's care.  She has just returned from a nursing home and is unable to do much on her own.  She told my mother that he is sick of taking care of her and is going to the Keys for the first week of lobster season.  WTF?

Hers is not the only case I know of like that.  Having children is no guarantee of future security, I guess.  I haven't any and so can only wonder.  Wonder and forecast.  I have been cursed with the knowledge of time.  I am haunted by memory.  Not even sleep, when I can manage it, can protect me from that.

But a friend sent me this article today.  Hallelujah!  This is, perhaps, just what I need.  Something to jolt me into a different way of thinking.  If any of you have any experience with it, you will please let me know. 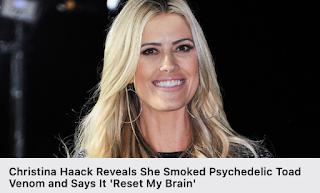