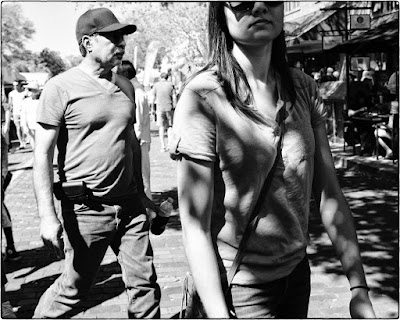 I don't want to overstate the case, but I am ready to declare this the World's Best Daily Blog.  How have I determined that, you ask?  Because blogs died a slow death of attrition by 2015.  Even in the past, there were not so many that had daily postings, and those were rarely of this caliber, combining sterling prose and breathtaking photography.  Wake up the neighbors.  Tell your friends.  They can have it all for free delivered daily to their window (computer, that is).

And I await your challenges as they will surely come.  No matter.  I'm prepared to defend my claim.

So billionaire's can fly.  Branson and his crew of fun loving wealthy patrons made the first commercial flight into almost space.  They went to the very edge.  And the world went wild.  What more could we ask for in the time of unrest and pandemic than an opportunity for the ultra-wealthy to take turns shuttling to the brink of outer space?  The dream is there will be more commercial flights to nowhere soon.  Jesus, I'm happy for them.  This is groundbreaking.  Well, no. . . it isn't.  But it sure is fun.

More on my incompetence.  I took a walk with my film Leica yesterday.  I shot a whole roll of film.  That is what I thought until I got to what should have been the end of the roll and the the counter just kept spinning.  Apparently, I had not loaded the film correctly or well.  What were probably if not definitely the best photographs of my long career were not recorded.

When I got back to my mother's house, she was outside entertaining the neighbors with a recounting of my rat song and dance routine.  Oh, boy, she loves telling that story.

I set traps last night.  I have caught nothing yet.  It is going to be a real battle.  Now we are hearing rat tales from many neighbors.  Apparently, the neighborhood has been infested.  I think we'll need to inform the proper authorities.

I understand the dreams of escaping to nearly weightlessness in almost outer space.

But they were not astronauts.  They didn't even have space suits.