A Computer Not My Own 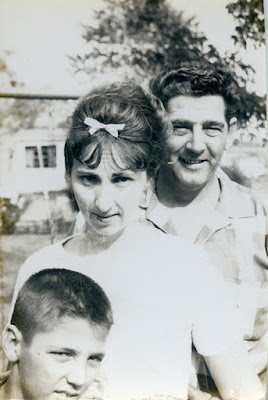 I didn't think I'd be able to post today.  I took my laptop to my house yesterday and forgot to bring it back. You would think that using someone else's laptop would not make much difference, but. . . passwords, man. . . passwords.  CNN online was fine, of course, as it doesn't require one, but the Times does, and even though I logged in, they only let me have a couple articles before they cut me off.  A pop up message said I needed to subscribe.

Then there were my passwords for mail and anything Google.  I tried several, but I've felt the need to change so many of them.  I've learned to write them down and keep them in a safe place.  That safe place, however, is not within reach this morning.  But then. . . the iPhone!  I'd forgotten that it keeps ALL passwords in the Settings menu.

I'm getting group texts from the factory.  It has announced that all employees will receive $250 for getting vaccinated.  Fuck me once more.  I've gotten NONE of the government giveaway money since Covid.  Nothing.  Rather, they just keep taking money from me.  I've become paranoid.  An old man on a fixed income watching the economic world leave him behind.

None of the people I know have been hospitalized, though.

The factory workers are now talking about using their Covid vaccine money on a Happy Hour.  Now there's some thinking.

Last night was the full moon again.  Depending on your mood, the Blue Moon was either Saturday or Sunday night.  No matter.  I missed seeing it both nights.  I just went to my daily horoscope.  Apparently my love life is on fire.  Ha!  You can trust neither Covid tests nor horoscopes.

Last night I watched commercial television with my mother.  We have exhausted "Blacklist" which was meh, and we finished "Godless" which was wonderful until the final episode.  They just seemed to quit, to sort of summarize the show in a Hallmark Cards kind of way, the cheapest way, I'd say.  I've thought much about it.  There was so many rich things they coulda/shoulda done.  I coulda.

But that is the way of the world, I guess.  The only show I've ever seen that ended the right way was "The Wire."  Oh, that show nailed it.

I cannot watch another night of commercials.  It is brain poison.  There is something wrong with people who have a steady stream of commercial programming.  One day they will find that it eats away large sections of your brain.  I'm sure of it.

Before bed, jangled and tattered by television, I stretched and meditated for awhile.  It helped.  Under a full moon without chemical aid, I slept a straight eight.

Small victories are better than none, I guess.

I'm on my mother's computer, so I'll have to steal a picture from it to post.  Looks like the Andy Griffith show to me.