Romantic Colors of a Vivd Imagination 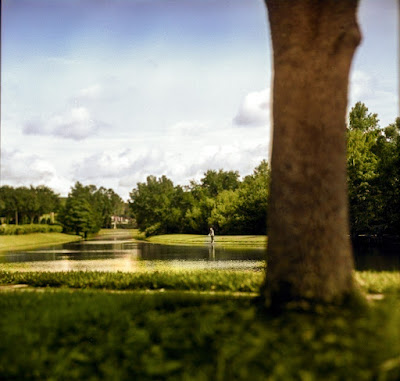 Boy oh boy, I'm learning to use this camera.  Click on the photo so you can see it larger.  It looks almost 3D.  That's the appeal of this camera and lens combo.  And I'm learning how to utilize it to better effect.  This is one I took "out in the field" rather than around the house.  Oh, it's a beast to use alright, but I am getting the muscle memory to do it every time.  You can't believe how many times I screwed up and then gave up in the past, but persistence is finally paying off.  At least I think so.  I like this photo.  My art dealer says it looks like a Hudson Valley painting.  I guess it does in a way.  It is pastoral, for sure, though it is simply a retention pond surrounded by urban grunge.  But that is the magic.

I shouldn't have told you that last part.

The thing is, the photo is black and white.  I colorized it in Photoshop.  I don't know how I feel about that. Everyone will be doing that until it becomes a derided cliche for hacks.  But I don't simply click a button.  You can, but the results are not satisfying.  I have been "colorizing" my photos for years, long before AI would allow everyone to do it.  I like the results more than straight color photographs.  By far.  Perhaps I was influenced by all those hand colored photo post cards from my childhood.  There was a weirdness to them that struck me as right.  It reminded me of going to Oz, perhaps, always a journey, always the road.  "Out there" is much more magical than home.  The colorized postcards of the past told us just how boring our home lives were.  The person who sent them, whomever they were, was letting you know.

So. . . for now, I will be taking my big Liberator into the field, making photos and killing my shoulders and back.  Fingers crossed.

But not today.  I am to take my mother to therapy at two and I've promised her I would kill weeds, wash the floors, and clean the bathrooms.  All that after I go to the gym.  My life.

Last night, that life apparently caught up with me.  I fell asleep sitting up on the couch for two episodes of "Blacklist."  I never do that.  I only had one meal yesterday, the one I prepared for mother, so perhaps the scotch hit me hard, but I don't think that was it.  It was early, around eight, when I nodded off.  I woke up in time to watch another episode before bed, but I knew that sleep would be problematic after my upright nap, so I took something to help me sleep.  And it did.  I was narcotized hard and didn't get up until 8:30.  A slow start to a busy day.

When I got up, I had this song in my head (link), and I can't get it out.  I don't know why.  I haven't heard the song in many years.  What was I dreaming?  It beats me, but old girlfriends have taken up residence in my dreams for some time now.  It's probably a dangerous symptom of a psychological disorder or a portending of something forebode.  Still. . . some nights they are wonderful.  Those girls. . . they were all beautiful and thrilling.

The heat has been rescinded for awhile.  Replaced by clouds and rain.  It is almost pleasant at times in a drowsy way, a precursor, if you will, to a pleasant melancholy.  Melancholy is so much more preferable to relentless realism, that pernicious destroyer of youthful imaginings.

In the end, though, it seems we always return to Kansas. 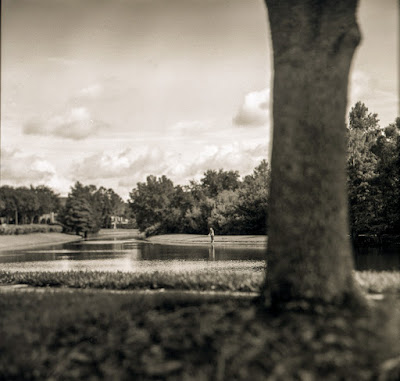