"What Were You Doing, Honey?" 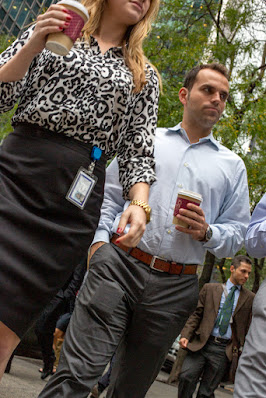 Have I used this photograph before?  I don't know.  I have run out of photographs here on my laptop at my mother's.  I'm sure I have some in the vast archives stored on the many hard drives at home.  At home right now I have six 4x5 negatives drying in the sink, two color and four b&w.  I will scan them today, but they are simple Covid pictures of houses and trees, etc.

Yesterday, during the long, slow transition from daylight to sunset, my mother and I sat outside in the muggy heat and humidity swatting mosquitoes and drinking our medicinal gin and tonics against whatever larval infections those bloodsuckers are certain to transfer.  I was telling her how I had occupied the few hours I had spent away from her, describing the difficulties of using the big Liberator camera and saying how imbecilic it was, really, when she asked me what I was taking photographs of.  I was stunned.

My mother looked at me with a sort of hillbilly amusement like I was one of the simple relatives who isn't quite all there.

"Well, it is hard, like I say, but I think I have gotten the whole process down now.  I can get a picture every time.  Before, not so much.  It has just been practice, really."

Blah, blah, blah.  It is like the times your parents would ask you to perform a song for guests who really didn't want to hear you sing or play guitar or harmonica or whatever it was you were supposed to do.

"Now I need a project," I said foundering.

"I'm not sure.  I thought about taking my camera to some small town farmers markets and putting up a sign that says 'Free Photographs,' you know?"

It was obvious she didn't.  So I did what you do.  I fell back on arcane knowledge to show I knew what I was saying.

Whatever.  The sinking feeling, the bottomless pit of ridiculous stupidity when you think more words delivered in an officious tone will save you. . . .  Somebody--throw me a lifeline!

I got the camera out of the car and showed her how it worked.  She looked at me like I was trying to sell her a Kirby vacuum cleaner.

Oh, were I to make those pictures, she would see then.  I'm sure she would be fascinated.

Later, as dinner was cooking, I put on YouTube and watched an interview about the new William Eggleston book that Steidl is publishing, three volumes for $450.  My mother looked at those Egglestons like they were five headed chickens.

I guess I'm living in a very small part of the world.

But one among you will say, "What a GREAT idea!  You should do it!"  Maybe two.  And I should.  I really should.