As Usual, I'm Full of Merde 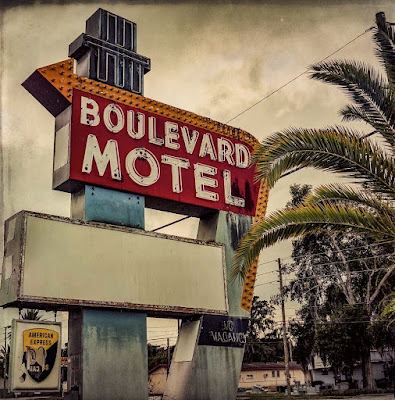 Oops.  I made another mistake yesterday, and it wasn't photographic.  Was I drunk early in the morning?  I said that 450,000 Allied troops lost their lives on D-Day.  My buddy corrected me and accused me of Trumpian exaggeration.  I stand corrected.  4,414 is the correct number.  Just shy of 1,500 were American.  That is what I get for not citing my source.  That is always asking for trouble.  Still, I'm denying that my exaggeration, as he calls it, was Trumpian.  No siree.  Don't go throwing slurs for shits and giggles.

Perhaps my blog will get cancelled by some as a result of my mistake.  It happens (link).  It is the culture in which we live.

Here's another photo from my weekend travels.  So many mistakes, such lovely things.

I was texting with a buddy yesterday who has been diagnosed with a terrible disease for which there is no cure and for which there are relatively few medicines that will be helpful.  Understandably, he is having a hard time.  For my part, I try to say that all of us of a certain age are compromised to one degree or another and that we have to focus on what brings us the most pleasure now.  I asked him at what point in his life was he happiest.  He admitted that maybe he was just not happy.  He was a flatliner, he said, not much up, not much down.

I started thinking about my own happiness.  I have never been enamored with it.  I've never trusted it, really, for I know it will not last.  Happiness seems the briefest of things.  I've always enjoyed a mid to upper level melancholia.  While it is defined as a sadness, I find it to be a rather sweet pensiveness, a comfortable place of  longing.  Perhaps I misuse the term, but I think I am tainted by just its gentlest touch, perhaps the merest whiff.  It explains, maybe, why I react so negatively to happy, chatty people, those members of a certain order who portray a verbose contentment, if not wild enthusiasm, for their cult of upper middle class existence.  Those lilting voices and smug, self-satisfied smiles that identify them as members of a clan.  Only children can be that happy, I think.

I do believe in pleasure and all things pleasant.  But it is not the same thing.

Perhaps it is genetic.  I am Germanic, though I confess to being an Anglophile in love with much that is French.  You know, "The Sorrows of Young Werther" and all that.  Proust, even though I can't read him.

But having said all that, upon reflection, I realize that I have spent most of my life trying to make things pleasant for others.  I think I have even tried to make them happy.  And I know that I have succeeded to some extent, but the trouble lies in just that.  They were happy for the moment, but it just couldn't last.  The moment they stepped outside my office, happiness began to fade.  Perhaps they felt they had been duped?  I'd become adept at setting the stage.  I'd unconsciously learned a form of minor hypnotism.  I'd spun a hallucinatory web.  I'd taken advantage of people's desires, misdirected their attention briefly.

I do think that I was the beneficiary of my attempts, however.  I think it gave me a sustainable pleasure no matter how short lived it might have been in others.

I'd thought to go to Grit City today to try to make those ruined photos again, but the weather is not very encouraging.  Yesterday I mixed up some chemicals to develop the glass plate negatives I have.  But predictably, I fucked that up, too.  I had the formula in front of me for 500ml.  I wanted to make 1000ml.  Easy math.  The chemicals were to be added to hot water, 50 C, in a particular order.  Okey dokey.  I weighed out the first chemical, Metol, doubling the amount.  When I got to the second, however, it became evident that my digital scale was inadequate.  It was too small.  I put a piece of paper on the scale and zeroed it out, but when I began pouring the powdered chemical on, it piled high then fell onto the counter top.  These chemicals all come with big skull and crossbones.  Shit.  I tried again, this time pouring just a fraction of what I needed, dissolving it and adding the next fraction to the total.  I guess this is where I forgot to double the amount.  As I did for the next four chemicals.  By the time I'd finished, I had chemical powders all over the kitchen counter.  That is when I realized I'd quit doubling.  So I went back to the second chemical and began adding the second helping--remembering that they were supposed to be dissolved in a certain order which was no longer the case.  Goddamnit, it was late.  Why was it alway so late?  I started cleaning up the powder on the countertop realizing that I had bought nitrile gloves that I wasn't wearing.  How bad was this shit, anyway?  Powder was going every which way.  I wasn't happy.

Who trusts happiness anyway, right?  I just hoped I hadn't poisoned myself.  I hoped I'd be o.k.

Hope?  Maybe that is what I need to reflect on next.  How do I feel about hope?  How has hope worked out for me in life?

Maybe another time.  I will make a glass plate photograph today and try the developer and see if it works.

Would that make me happy?  I hope.