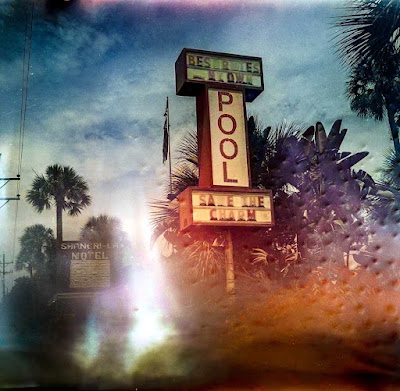 Yea. . . this one is really f'ed up, but it reflects what the world is becoming, I think.  A mess.  I read an article this morning about the number of whale species that are checking out.  Maybe they have the right idea.  Bring no more baby whales into oceans of pollution where they can struggle and suffer before they die.  Citizens of India, I've read, can expect to cut nine years off their lifespan due to air pollution.  That's just air.  Everything else in India is polluted, too.  The phantasmagoria of color and ritual is not saving them.  Now we have the new Texas Taliban.  Maybe not so new.  My mother and I spent the last two evenings watching "Tombstone" and "Wyatt Earp," two movies about the same thing that were virtually simultaneous.  "Tombstone" is a classic masterpiece simply due to Val Kilmer's portrayal of Doc Holliday.  "Wyatt Earp" is a pile of dung largely due to Kevin Costner's sappy simp brain.  Neither movie takes place in Texas, but you know what I mean.  Stupid people and Greedheads make the world a miserable place.

The Texas Taliban and their skinhead bearded allies, so I've read, are cheering the Afghan Taliban for liberating their homeland from the corrupt wimps of the U.S.A.  They cheer the Taliban for fighting for their religious freedom.  True dat.  If you really like gunfights and vigilantes, get your ass to Texas right away.  You can carry a gun and get $10,000 for reporting abortions.  You know by now I'm not making this up.  But here's the thing that isn't reported that I'll point out.  These White Power Evangelists are rather acting against their own interests in that the rate of abortions for women of color is five times that of whites.  Oh, I'd better give sources on this one (link) (link) (link).  So. . . these Nazis are going to be in for a real surprise, I think.  I know that poor white trash like my hillbilly relatives love to have children out of wedlock and collect those government checks every month for doing it, but surely they are not the only ones.

But whatever.  Now that I am not the man I used to be, I need to start packing.  My only chance in a fight is to be putting a bullet in someone's brainpan.

That's why they call guns the Great Equalizer.

But you know I am being provocative.  I'm not a fan.  I'd rather live someplace civilized where guns were outlawed and people just formed soccer clubs and beat people to death.

O.K.  I'll quit it.  But the world is too much with me as someone once said.  He didn't actually say too much with "me."  That is my take.  Old Wordsworth was ahead of his time, though, as many perverts and sages are (link) (link).

If I had the money, I'd move to Switzerland.

That's enough of that.  Yesterday, I shot two glass plates in the 4x5 camera with the old brass lens that is not really made for cameras.  I was lazy all day and didn't want to do anything.  I had thought about Grit City, but I couldn't face it.  I pissed away most of the day until I forced myself to make the photos and develop them in the chemical concoction I had fucked up the day before.  I had no hope of getting an image.  Truly. . . none.  The day was drizzly and without light.  I forgot which plates I had put into which holders.  One plate is about five times more light sensitive than the other.  There is no shutter on the brass lens, so I just take the lens cap off and count until I think I should put it back on.  What could spell success less than this?  Probably processing the plates in a developer that was not made according to recipe.

I needed to do something, though.  My day had pretty much been a disolute waste.  I took the camera and tripod into the drizzle, metered the plates on a guess, focused the (oh, man. . . not again) milk can on the glass screen, placed the film holder in the slot, pulled the dark slide, and uncapped the lens.  Then I did it again.

To the garage and the dark tent.  But the goddamn plate holders are too tight and I couldn't get the glass plates out.  Half an hour later, or so it seemed, I managed to get them into the developing tank and take them back to the laboratory I have made my kitchen.  Set the timer.  Pour in the developer.  The stop.  The fixer.  Wash.  All without the faintest glimmer of a hope.  And then. . . holy shit.  One of the two plates had an image!!!!  My god and holy cow, I was on the verge of religion.  This was surely a miracle, some divine intervention.  Almost without doubt.

Upon close inspection, though, I was less impressed.  The plate seems murky.  I'm not sure how it will look when I scan it.  It doesn't look like the ones the other boys and girls are making.  It will probably be just another f'ed up image, but hey--that is my new M.O.  Modus operandi for you youngsters out there.  Look it up.

I was supposed to have lunch today with an old colleague in a far away town where I could mess up more film, but she texted yesterday to cancel.  Medical issues.  She is the woman with the three teenage daughters I would like to photograph.  I would, and she says she wants me to, but I am pretty sure we are not on the same page about this.

I guess I'll spend my day filling out the forms for taking in some teenage Afghan refugees.  I'll do what I can.  I'm thinking I can only afford two.  But from what I am told, these girls don't want to end up in Texas.