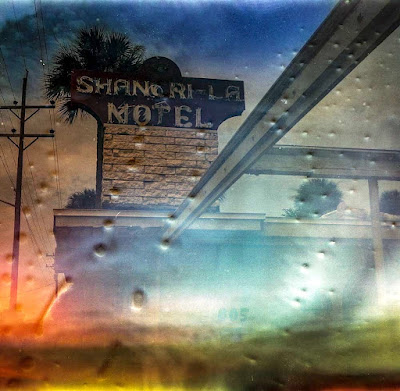 Being home again is thrilling and dangerous.  Last night I listened to music I had pirated in the time after my divorce, the crazy time, and I read letters, emails, and other writing while I listened.  Jesus. . . things have changed.  I was drunk with it all and wrote a blog post for today that I had to delete.  One must be so very careful these days.

I am shocked by what I don't remember.  It is important to write things down, to keep a record of what goes on, or it is all lost.  But some of it might better be, at least for me.  So many painful letters, so many hideous responses.  In the end, however, everything works out.  For others, I mean.  Apparently I was an important part of their lives, but leaving me may have been more so.  Ha!  That is my take, anyway.  In the end, the letters were sweet. . . for them.  Bittersweet for me.

If I'm writing this now, I must have accepted that my last affair is over.  It can go into the pile of old memories with the rest of them.  I only have one regret, really.  I didn't write it all down during that time.  Oh, no. . . that would not have been good.  Writing, art, music. . . those were not things to be lauded.  In others, sure, but not for me.

Whatever.  I felt something akin to hope and happiness last night.  It seemed a very distant, foreign emotion.  It was probably the music that did it.

Here is another little piece out of the billions of words that lay in those old drives.  I don't remember writing it, but I used to do that.  I would read a poem and then write my own in the same meter, using the fixed line as my guide, using the same number of syllables, the same number of lines per stanza, the same tone and sentiment.  I don't know if I would have written "fuck" now, but it fit the meter, I suppose.  I might have used another single syllable word, but it was Bukowski you know.  I will leave it.

It was painting by numbers, but if I didn't tell it, who would know?

She is seeing a fellow,
She tells me.
He works for a brokerage firm.
Oh, I say.
She looks at me defensively.
He makes me laugh.
Well, that’s something.

We used to be lovers occasionally,
But she has let me know that that is all gone.
I don’t object. It is not my call.
But I would like to fuck her now.

We probably should never have made love,
I say.
Yeah, she says, you’re probably right.
I didn’t want her to agree with me.
I wanted her to object, to tell me
That it was important,
That it was good.

I am just home from work tonight
Fixing my dinner for one.
She has not written me since she went back
To California.
I think about her, and suddenly I realize
That she is with her new boyfriend.
Laughing.