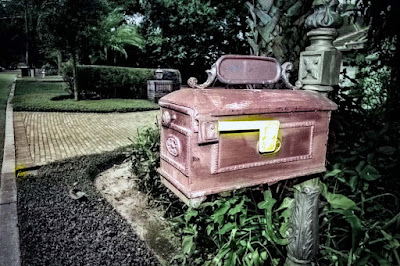 This will be a week of rest.  My body is telling me so.  I realized that I have been going to the gym five days a week for over half a year without a break.  My body says it needs a break.  I wasn't thinking.  I just haven't had anything else to do.  It was routine, like going to work.  Get up, read, write, go to the gym.  Hell, I might take two weeks off.  It feels like a great relief.  I've just gotten tired out with everything.

I started off with a bang.  Two nights and a day of partying.  God knows what damage I've done to my reputation.

Everyone is putting off their European trips until Spring.  C.C., my neighbor, and my travel/art buddy.  But EVERYBODY is traveling domestically.  All of the previously mentioned and my art dealer, too.  An old colleague from the factory is flying to Vermont tomorrow just to drive around and see the leaves.  My replacement is flying to Las Vegas.  I think I might sneak out of the tent, too.  I told my mother yesterday that I might leave town for a few days if she would be o.k.  She said she'd be fine.  She just gets lonesome, she said, that is all.  Ultimately, I want to go to Arizona and rent a car.

Ooo. . . what is that, a grip of fear?  A pucker of the old sphincter?  A churning of the gut?  What has happened to me, once so ready to travel at a moment's notice?

Stay tuned for answers to these and other questions.

Last night I started watching Season 4, the final season of "Goliath."  It has really gotten weird, sort of Billy Bob Thornton dreaming in a David Lynch film.  I'm pissed off that it is the final season.  There hasn't been a bad actor in the entire show.  There hasn't been any who shouldn't have won Emmys.  And yet, and this is weird, most people I talk to have never heard of the show.  That might be why it is the last season.  I will probably watch it all over again when I finish Season 4.  Maybe.

The weather here has been absolutely wonderful.  It is the annual Fall Fakeout.  This happens.  We get fall-like weather and then it turns summer again.  I want to travel, but there are huge storms in the Atlantic that we have to worry about.  There is always something to worry about any more.

Drinking at the Bier Garten with my travel/art buddy yesterday, I saw a big guy stumble.  "He's going down," I said, and my buddy turned just in time to watch the fellow do a face plant onto the cement.  He busted up his face pretty badly.  He attracted a lot of attention.  He was still sitting on a stool being attended to when we left.

Maybe, after drinking all weekend (is it only Sunday?) I might cut back again.  Drink some tea.  Eat sesame cakes.  Smoke a pipe.  Watch a little t.v.  Do some yoga.  Meditate.

Maybe.  It does sound like a lot of work.