Or So It Seems 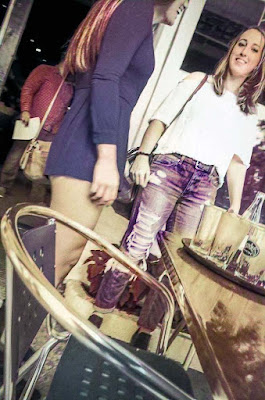 Jesus. . . is it only Saturday?
I went to the little gathering last night.  Two nights in a row.  I told myself I would go for a bit, leave early. The fellow throwing the party, however, is very generous, likes to share his bar, and is a fabulous cook.  The group was small and intimate.  I paced myself.  Started with a beer.  The host is an Asian who takes pride in his cooking heritage.  Seafood and Andoulie sausages.  Both blue and Alaskan crab.  Much else.  He poured me some special scotch he had saved.  I switched to his expensive wine.  He moved me back to liquor.  We sat around a little table.  Conversations swirled.  You were in one and then another.  I was trying not to be me and say something that would upset the table.  I only did a little of that I remember.  When I got home, I was still wired.  I poured a scotch and sat down to write some messages.  This was another fare thee well party for my friend from the factory.
Just past two, I took an Advil PM and went to bed.
I didn't wake until after nine.  Thank goodness.  Two big cups of coffee and I am starting to see straight again.  But. . . I am meeting my travel/art buddy at a Bier Garten in a little while.  I'm hoping for some good healthy beer to set me right.
But first I must walk and get myself together somehow.  Tonight I'm back to the drill I've been living interminably, or so it seems.  I will look back on this weekend as a fine retreat into an increasingly unreal past.
Posted by cafe selavy at 10:59 AM