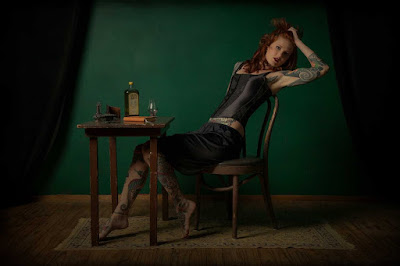 Took my mother to the doctor and to therapy and to Costco today.  It took all day.  I didn't make it to my house.  I don't feel well.  My belly is bad and I am achy/tired.  Probably breakthrough Covid, but maybe something else.  I drank whiskey all night and it seemed to help.  I put on a fairly good movie after dinner tonight, "The Railway Man," I think it was called, but it bored my mother so I switched everything back to commercial t.v. so she could watch "Quigley."  Whatever.  I am going to take a bunch of drugs and go to bed.  My mother is doing well but is not "there" yet.  I am heading toward three months here--a season!  And you?

I did just that--took drugs and went to bed.  In the night I woke with a bad stomach.  And this morning.  I am weak and punky, so I probably have gotten a breakthrough case.  I probably got it at the gym, but maybe from all the waiting rooms I sit with my mother.  It's a drag, but I have all the time in the world just to lie about.  The girls will just have to wait.

I really have nothing to tell here today but my disdain for "the crowd."  In the main, people are dumber than dogs and more self-interested.  Sitting in the waiting room with my mother for an hour (how do doctors fuck up scheduling so badly?), was all I could take.  A woman (I am not allowed to mention race or ethnicity, right?) kept playing horrible (I guess I can't say what kind, either, as it might give away the other) music on her phone while she stared at the screen.  I was a gnats hair of screaming, "Ear buds, Lady!!!" but knew my mother wouldn't like it.  Chairs were in rows of three, so of course people would sit in the middle one rather than on the end so that someone could sit on the other.  I moved three times to make a place for someone else to sit.  One woman texted the whole time with the typewriter click on.  We not only got to listen to her keystrokes but to whomever was responding keystrokes, too.  I could go on, but I won't.

I won't even get into the annoyances at CostCo.  Holy shit.

Isolation has taken away whatever crowd coping skills I might have had.

I just want a studio where I can go back to making things.  The life of painters and writers (except for Fitzgerald), working alone and having drinks with a few friends in friendly confines, the right sort of conversations. . . .

I'll probably lie low today.  At my house.  My mother is pretty much able to handle things now.  Total extraction will be difficult, though, logistically speaking.  My big grinding coffee pot needs to be where I am going to wake up.  That is the pivot point.  When I take that back to my house. . . well. . . my mother will know.  Soon.

Then I will be left to live with the consequences.