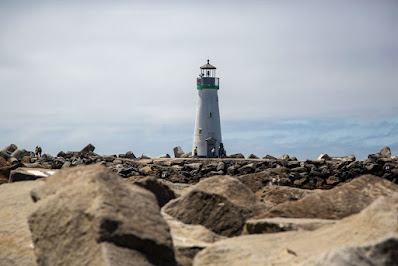 I'm sick of whining, tired of complaining. . . but what else is there to do?  People enjoy my bragging even less.  Oh, a good story is what's called for, but I've been nowhere, done nothing.  I forgot to tell you about the fall I took leaving the restaurant one night in front of an onlooking crowd just before I got Covid.  That would be the sort of thing that would put a smile on your face.  Who doesn't love a pratfall?  But the time for that has passed.  It no longer has the necessary verve, or, perhaps, I don't.

Rather, I have only woe.  A couple nights ago, I turned on the garbage disposal.  There was a piece of broken glass inside, and it made a terrible noise, but I thought, what the hell, ice is supposed to be good for disposals.  A little piece of glass can't be that bad.

The next morning, I woke to a wet kitchen floor.  I thought it was the dishwasher that had leaked.  Yesterday, however, there was more water.  I checked under the sink.  Water.  Shit.  I pulled everything out from under the sink and dried the floor and the cabinet.  But there was a drip.  It was coming from the disposal.  WTF?  I got a bucket to put under it.  I moved everything around so that I would use the other half of the divided sink, the side without the disposal.  Still, the water kept dripping.

I emptied the bucket before I went to bed.  This morning it was almost full.  Five gallons in eight hours.  No water is running.  How can the disposal be leaking water?

It is all a mystery to me.  I spent yesterday afternoon trying to find a replacement sink.  I have a lovely and very expensive Kohler Revival swan neck faucet.  It has a lifetime guarantee.  I tried ordering parts for it this year, but they have changed the hook up so that the parts were not the right ones.  At that time, I could have bought the new version for just under $700.  I balked, of course.  I thought it was a lifetime warranty?  The lady from Kohler said no, they didn't make that any more.

So yesterday, I thought I would have to bite the bullet.  What bullet?  They no longer make the faucet at all.  Gone in mere months.  So. . . find a replacement.  My faucet is polished brass.  All the cabinet hardware matches as is the decorator's rule.  Try to find a polished brass faucet now.  There are hardly any around.  I am going to have to make a BIG compromise in buying a new faucet.  Mine is a four hole sink--hot and cold water handles, faucet neck, and sprayer.  They don't make so many of those any longer.

I will order a compromise today.  I am very unhappy.

I looked up garbage disposals, too.  Mine is a popular one--the InSinkErator.  They used to be around $80.  They are around $200 now.

I guess I am going to take what I can get.  When I tried to replace my washing machine in Covid times, there were hardly any around.  Shortages, they said.  Everything was shut down.  Nobody's making parts.

Same with lumber.  Mills closed.  Lumber prices are four times what they were.  I need to replace my deck.

I am feeling the curse.  I've spent far too much money on the house since I retired.  Far, far too much.

Oh. . . and now the planks of my kitchen floor are warped from being wet.  One day it will need replacing.

I should sell my house, rent a large studio somewhere, and just live in it.

My mother has a doctor's appointment today with the orthopedist.  She made it ridiculously early.  She can take herself now, but I feel the need to go.  I will have to get ready soon.

But I am not feeling well at all.  Covid will not leave me alone.  I am achey and tired much of the day.  I have something akin to an allergy going on--scratchy throat, mucus, a cough and a runny nose and much itchiness.  And the other usual ailments--aching back, bad hips, etc.  I'm suffering from Covid brain, I know.  Nothing brings me pleasure.  I've read about the anxiety and depression that often lingers after Covid, but it never made sense to me.  I don't think I ever believed it.

How do people go on?

So there you go.  There is today's gripe.  There is the whining and complaining.  Disasters compounded.  There was another factory group birthday party last night, but I had to miss it.  It is difficult enough to simply sit upright.  I will go to my mother's now and take her to the doctor.  If it is as usual, we will be sitting for a very long time. . . waiting.

I'm sure to be hurting by the time I return home.  Don't get this stuff.  It hurts.  It really, really hurts.