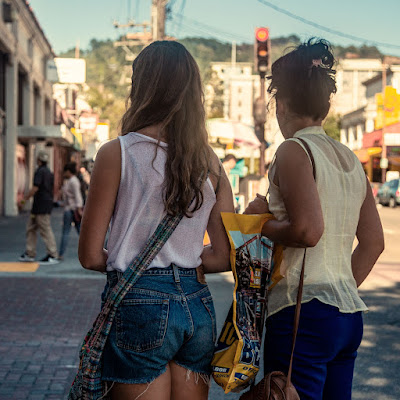 Maybe. . . just maybe. . . I'm finished with workers in my home for awhile.  Fingers crossed.  God help you if something breaks in your home these days.  There are no goods.  There are no parts.  The a.c. guy yesterday told me I was very lucky to get a new thermostat.  He said that they can't get parts to repair HVAC units.  He said they can't get new units.  I had a hell of a time getting a faucet for the kitchen sink.  I guess that I could consider myself lucky.  Somehow, though, I just want things to quit breaking down for awhile.

I should wish the same for myself.  Covid aftereffects linger.  I still have a cough, and I get quite tired at times.  God knows what horrible things are going on inside me.  It's hard to find replacement parts.  But again, I could consider myself lucky.  I'd been vaccinated.  It might have been worse.

It is Saturday.  I know because Friday night hit me like a brick.  I had nowhere to go, nothing to do.  If I had a studio, that is where I would have been either shooting or working on a project, music wafting, the wild, lonesome night spread out around me.  I wish I had that studio now very badly.  It was perfect.

Rather, I sat in the dusk sensing the the town's preparation for its weekend, dinners and drinks, couples and friends, me smoking a cheroot and drinking big whiskey while the cat lay some feet away from me on the deck.  Then, as the visible world was giving way to a night filled with electric lights, the cat ran to the base of the camphor tree and in a leap and a grab was nestled in the crook of a branch some five feet above the ground.  At least that is what I believed I saw.  Do feral cats sleep in trees?  It seemed a safe enough place, but in the darkness, her figure was ghostly at best.  I can't be sure of what I saw.

Inside, I prepared a drink and went to the computer to work on more old files.  I put on an Apple Music station that bears my name.  The first song was a constant in the studio.  Then a second.  Then something I had never heard before but should have.  Everything was long ago and far away.  Life was exciting, an adventure.  It was o.k. to be alone when you believed you needn't be.  Now. . . just a long, lonesome waiting.

I didn't sleep well.  Haunted, I realized that all the loves I've enjoyed and endured have begun and have ended in similar fashion.  In my dreams, a young girl loves me.  In my nightmares. . . .

I don't mind the dreams and am beginning to accept the nightmares.  They are familiar and I am finding comfort in them.  Last night, however, was more discomforting than usual, not torturous, just enough to keep me from slumber before dawn.

I don't want to be young.  I don't want to be old.  I think I simply want to have a studio just on the edge of things, doors open on a Friday night, music playing, heart singing. . . just waiting to see if somebody drops by to save me.