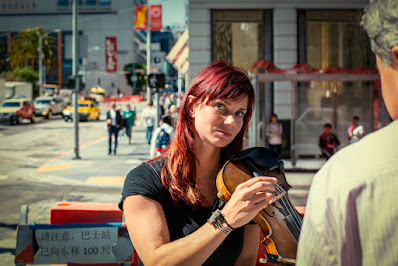 I thought I might do some light exercising yesterday.  I thought about it.  Somehow, though, that held little appeal.  And so. . . I didn't.  The morning was beautiful, and I thought to walk.  Rather, I sat.  Then I ate.  Then morning was over and Mr. Tree called to tell me he was bringing lunch.  So I poured a mimosa and took lunch outside.  When I went back in, I sat down at the computer and began looking, once again, through old files.  I hit upon some folders with images from California circa 2012.

And that is where I stayed the rest of the live long day.

My God, images that might never have seen the light of day.  Why had I never worked on them before?  The day wore on.  Just one more.  But then the next one.  It takes me awhile to work up a picture, but after working all afternoon and into the night, I had about a dozen or so.

There are more sitting in those folders.  I'll not spend an entire day again, but one or two at a time I think.  They were all taken with the big old Canon Mark 5D Mark III.  What a camera.  It is an all-time favorite.  Just super.

But I can't believe I used it in the streets.  With the zoom lens on it, it is HUGE.

Having sat all day, I was worried that I wouldn't be able to sleep, so I nibbled the very tiniest of nibbles off a gummy.  Why?  Why?  Sometime during the night, I woke in wonder.  WTF?  Oh. . . yea.  My dreams were by turn funny and paranoid.

I didn't get out of bed for ten hours.

My buddy is still sick with Covid.  I feel OK as long as I don't move.  He is still testing positive.  I will get tested once again today.  I don't want to go around my mother until I am clean.  This shit is really hanging on.

I've not finished my coffee yet and the morning is half gone.  Two weeks of sitting and sleeping and eating little has taken a toll.  I have little motivation to do anything which is really dangerous for I can do pretty much nothing from now on.  I must push myself today.  If only this f'ing virus would fade in the rear view mirror.

Today is Columbus Day/Indigenous People Day.  Playboy magazine has put a gay man on its cover dressed in a bunny costume.  Biden's popularity is fading and people are already predicting a second Trump Presidency.

I need to get better.  I can't just sit around and miss the end of The American Dynasty.  Not yet.  There are stories to be told.