This Mania, Too, Shall Pass 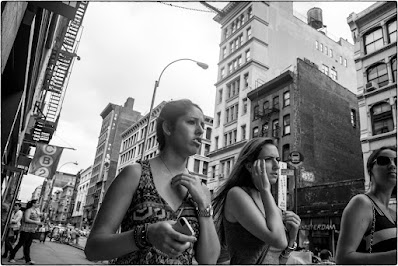 I should have written my post last night.  I was jacked.  It happens sometimes without explanation.  Mother of God, I was almost hopeful.  But it turns out to have been just a moment of mania.  This morning, I'm the same grump I was twenty-four hours ago.

I got up in the morning alright.  I had intentions.  First I'd go to the gym, and on my road to recovery, do a bit more than I did last time there.  Then I was going to go to The Mall.  I know it sounds stupid, but I was fairly excited.  I wanted to get a Capri Blue Volcano candle from Anthropologie.  Don't judge.  I like them.  I could order online, but going to the mall would be An Experience--something I've been lacking in life for too long.

The gym didn't go as planned.  I was doing fine, then I got into a conversation with a fellow who asked me about my workout.  He is part of a group of fellows who talk a lot to one another while I'm working out.  I hear them and their Trumpy ideas, but I don't engage.  They are like most of the men at the Y, republican, own their own companies, usually land development types, builders, contractors, investors, or some subsidiary company like land clearing, site management. . . .  I am over my head on this now and just making things up.  But you get the gist.  They are sort of Wise Guys who talk about sports and ski trips or fishing trips or golfing trips, then in undertones talk about a new development or investment.  They value their own opinions and think they are smart.  O.K.  Pot calling the kettle.  The difference is I am smart, certifiably so.  And again. . . O.K.  They have certificates, too.  It is called "money."

All I'm saying (sure) is that we are of different types.  So by and large, I keep to myself.

But something happened, and I am not sure what, but we are all now cordial in greetings if not friendly.  I have a lot of republican friends, so it is no stretch for me, but I am surprised by their end of it.

To wit: yesterday, one of the "fellows" asked me how my workouts were going.

"Well. . . the last time I talked to you, I said I'd been working out too many days, weeks, and months in a row and that I was going to take a week off.  When I did, I got Covid.  I was out for almost a month."

From hearing little bits and pieces of his conversations, I took him to be an academic.  I wasn't sure what he taught, but I thought it was at the big university.  He has a pretty wife I like to ogle from time to time, a woman whose origins are difficult to pin down.  I try to all the time.

When I told him I'd had Covid, the academic's eyes grew wide.  He started mansplaining to me about Covid. Turns out he's a nut, an anti-masker, anti-vaxer, the whole nine yards.  I grimaced but was determined not to engage.  What would be the point.  But, and here's the rub, a woman was working out on the leg press machine that I needed to use, so he kind of had me trapped.  Oh boy, he was full of shit and conspiracy.  Doctors were on the take in hospitals because they get paid to call a death Covid related.  How much?  $50,000 per patient.  Yup.  And there are lots of studies that show masks don't work.  Really?  You bet.  Do you know how big a Covid virus is?  One micron.  Even N95 masks have holes three microns wide.  And studies show that the vaccine is not effective in stopping the spread of the virus.

O.K.  The woman was still on the leg press machine.

"These are studies?  Peer reviewed and juried publications?"

Oh, yes they were, he said, and he could show them to me.  Vaccines also caused myocarditis.  Did you know that?  Three people in his small apartment complex had gotten the vaccine and died from heart attacks.  He knew others, too.

"See, here's the thing.  I probably know as many people as you do, and I don't know anyone who has had a heart attack or died from the vaccine.  Your anecdotal observations just don't hold up.  They are just that.  As a matter of fact, none of the people I know know people who have died from the vaccine, so how do we account for that?  You, I would suggest, are an aberration.  Perhaps there is something to be studied about your ability to attract such tragic people."

It got more heated from there.  Whatever.  To top it all off, his degree is in film and he doesn't teach at the university but at Full Sail "University."  Jesus Christ.  Why oh why?  I didn't want to engage.

When I got home, I showered.  When I got out of the shower, it began to rain.  I didn't feel like going to the mall in the gloom, so I made lunch.  It continued to rain.  I sat at the computer and cooked more pictures from long ago.  I called my mother.  She and I had different ideas about dinner.  We decided each to do our own.

"You're still coming over, though, right?"

I made a margarita and a half without ice to take to my mother's house.  I grabbed some ice cubes from her freezer and sat with her outside until the drink was drunk.  And then some.

I left her house in the rain.

When I got home, I put on some music (link) and pulled up Google Flights.  I searched without entering a destination so that I got a list ordered by cost.  Jesus. . . I could go just about anywhere for a hundred dollars.  Being free to travel when the fares are lowest is a big bonus.  The music was of travel and heartache, and I was ready to fly on emotion's wings.  Oh. . . my. . . .

But I had to make dinner first.  It was a quick meal.  I boiled some high protein full grained spaghetti noodles and dropped in a bunch of broccoli.  Turns out they take the same amount of time to cook.  I chopped garlic and opened a can of chicken.  Noodles and broccoli, chicken, salt, pepper, and red pepper, then the garlic.  But the topper, and here is the piece de resistance, was a dab of Alfredo sauce.  Just a little. I didn't want to overwhelm the garlic and red pepper.  Holy fucking shit--it was awesome.  I had a good bottle of Chardonnay to accompany.  I ate in front of the laptop checking airfares and listening to Isakov's woeful tones.  My fear, however, was that if I had enough whiskey after dinner, I would start texting my old girlfriend.  That fucking music was killing me.

So I turned it off and started a new series on Amazon (link).  It was very pretty and made me want Indian food.

And soon, I was off to bed.

Yesterday was my baby boy's birthday (too alliterative?).  He has gotten a new position in his company and his baby mama is ready for something bigger, too.  He looks to his savings now and tries not to drink, and he coaches his son's sports teams.  All good things.  But he confessed a few days ago to wishing his blog was anonymous.  Ahhhh. . . it is hard to be a responsible adult in the grown up world without consequences if you say crazy things in public.  Yup.  Call me Batman if you will.  Try to lure me from my Bat Cave.  But I knew I couldn't write this shit and put my name on it.  I couldn't post those pictures.  Nope.  People at the factory wouldn't understand.  Wives and lovers wouldn't.  You can't write about the people you know without being held accountable.  Anonymity Now!

O.K.  Your lovers always find out.  They don't like it.  That is what I know.  Others find you, too.  It is easier now that I don't have to worry about my career.  But still. . . unless you make money from it, try not to let people know what you truly think.

Now. . . we can wait for his virulent response.  We will lure him into writing yet.  I have only the best intentions.  I just want to see what happens. 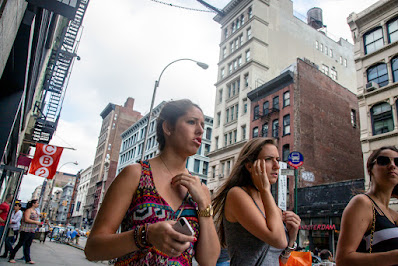 I have a difficult time knowing which I like better, the black and white or the color.  It usually depends on which I see first.
Posted by cafe selavy at 9:09 AM