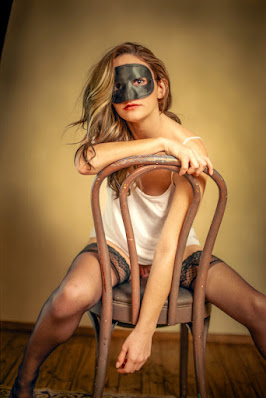 I'm fairly thrilled with the new Adobe tools in Photoshop and Lightroom.  As I said when they were first released, pictures will never look the same again.  Whether most people will be able to tell the difference, however, I don't know.  But I spent yesterday going back through old files to see how they would look in the new processing.

I was delighted.
But much of the day, I was searching an old hard drive.  Many of them, actually.  I got lost in old pictures I hadn't seen in years.  I used to have a camera with me all the time, it seems.  I recorded every event.  It was quite fun in the days before the only camera you were allowed to use was your phone.  Not that I am dissing phones.  They make some pretty awesome pictures now.  You can do things with a couple clicks of the button that would take an hour to do in Photoshop.  I guess that I should have said that photographs will never look the same again now that there are phone apps.  They are pretty good and varied.
That I would start a post with tech talk that I know no one is really interested in. . . "I mean. . . c'mon, pal. . . who gives two shits about how happy photo tools make you?  You're the tool."
Yea, I know.  But I was going somewhere.  While looking through the old drives, I ran into some of the billions of images I have downloaded over the years, things I thought were good or that simply had visual elements I would like to reference in my own.  And by god, people have been altering photos like mad since the '90s.  A lot of the images I looked at I have no interest in now, but man, taken together, those billions of images make a statement about how much the zeitgeist has changed.  My downloads of late are mostly urban and rural landscapes.  Photographing people has just become verboten, taboo. . . creepy.
Today's photo is from that last era where people desired to be photographed.  The last evil days of the Weimar Republic.  When it was good to be bad.  When you wore decadence like a taste (Boyle).
Yea. . . like everybody else, I'll be back out photographing old buildings and tire heaps soon.  But holy fuck, what I'll be able to do to them in Photoshop. . . .
I read the news today.  The country has gone "Full Rittenhouse."  There seems to be only one way to show people you are really pissed off.
After staying inside and staring at a computer screen all day without moving, I realized I should make a good dinner for my mother, so I went to the grocery store and got fixins.  Red beans with chunks of pork over rice.  And once I had the pressure cooker rocking, I made myself a Bloody Mary.  Having not eaten all day, I was fairly shaking.  I needed that tomato juice, I think.  It kind of calmed me down.  Later, sitting with my mother over dinner, we spoke of the troubles of our time.
"Do you think things will ever get back to normal?" she asked.
"This is normal, ma.  The new normal.  Do I think things will go back to being the way they were?  No.  Nothing is ever the way it was before."
Which always suits the kids just fine.  Sort of.  All us bohemian kids were always fucking up the world.  How?  Oh, not in the way you'd think.  It was always in the opposite but unequal reaction.  Maybe.  But we did excuse and even privileged a whole lot of bad behavior.  Bad people love tolerance, you know.  It is their metier.
To keep us entertained, I put on a football game.  It was the first time I've watched football this year.  God, they just keep getting bigger and stronger and faster.  They are a super race.  The collisions made me wince.  It is hard to believe that people keep telling kids to play the sport.  But I was fascinated.  And I realized that I don't watch sports on television any more because I can't stand the commercials, but the game is made now for watching with a crowd.  There is about five seconds of action every minute.  There are replays, of course, but most of the time it is just brain damaged analysis of the game (block, tackle, and desire) and a ton of flashing images during commercials.  It is just the right amount of distraction for social conversation, perfect for a group gathering.  There is always time to refill your glass.
And so it was last night.
Back home, I poured a whiskey and lit a cheroot and sat awhile on the deck listening to the Sunday evening sounds.  And when that was done, I went back to my computer where I spent the rest of the evening looking through the billion images and listening to music.  Can you imagine that that was liberating?  I mean, I was breaking with my nearly two year routine.  And, though it seems a passive activity, in some ways it was a bit like visual research.  I travelled back in time to the five or so years when I had the studio and worked at the factory.  No lover, nothing else.  I would work and go to the gym and go the the studio and come home and cook up images late into the night.  Continuous production.  No distractions.  I was free to do whatever I wanted without permission or restriction.  I mean, I was free.
I've been living with voluntary restriction too long, living in self-isolation under house arrest.  But, you know, these are the times.
"Do you think everything will ever get back to normal?"
Posted by cafe selavy at 8:47 AM