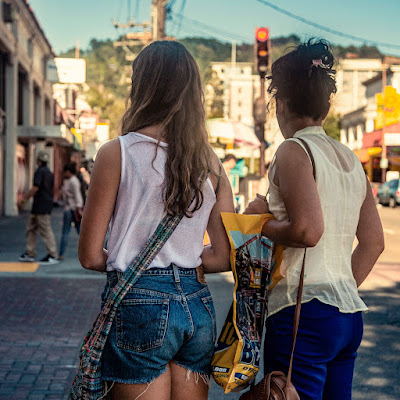 Yesterday turned out to be one of those Sunny Southern Autumn days that abuts gorgeousness.  I think.  I didn't really go out into it much.  I've just been feeling. . . tired.  Early in the cool morning, I decided it was the day to make soup.  I went grocery shopping at nine.  Nine on a Sunday morning is not a bad time to shop.  The store is empty, the shelves are full.  Now. . . what I didn't know is that it was ten o'clock, but we'll get to that.  Stew beef, sure.  Two packs each over a pound.  A head of cabbage.  A russet potato and two red potatoes.  Three yellow onions.  Celery.  Carrots.  Cans of crushed tomatoes.  Green beans and frozen corn.

On my way to the register, I gave in to an instinct.  The store was trying out breakfast sandwiches.  New item.  I couldn't resist.  A breaded chicken cutlet, bacon, and cheese on a bun.

"Really?  What am I going to do with the second one?  Maybe I can make a friend."

First thing when I got home was to eat the sandwich.  I don't do this ever, but damn, it was good and just what a cool morning called for.  I decided to put the second on in the freezer.  Maybe it would be alright.

Stew beef in a three gallon pot, salted and peppered.  I had two half bottles of red wine that went into the pot, then water.  As the stew beef boiled, I began chopping the vegetables, cabbage, potatoes, onions, celery, and carrots each going into the pot in turn.  The house was filling with the smell, mostly of the wine.  I let them stew while I cleaned up the kitchen mess, then put in the crushed tomatoes.  And that was it for awhile.  I got the temperature just right and went back to bed.

When I got up, I thought to go somewhere, maybe for a mimosa.  But I didn't.  I sat at the computer for awhile and sorted through files, worked on a few photos with Photoshop's new tools.  I still need to learn to control them.

Then I went back to bed.

That was really it for my day.  I got up and took a shower, cut my nails, put the last few ingredients into the stew pot, and went back to the computer.  And this is where my confusion began.  The computer said 3:30.  I worked for awhile, but noticed the day seemed off.  It was darker than it should be.  At four thirty, I got up to see if clouds had rolled in.  The analog clock said 5:30.  What?

I rushed to get the soup, the crusty bread, and a good bottle of wine into the car.  When I got to my mother's house, she was as confused as I.

So. . . fall back Sunday.  2 a.m. And therein lies the quandary.  That is Saturday night.  Why can't they just say roll back the clocks on Saturday night.  But no, they have to be fucking tricksters.  My mother and I finally figured it out over a glasses of wine while I smoked a little cheroot.  We both felt ourselves idiots.  The good thing, however, is that we need not prepare dinner.  It was awaiting us when we went in.

You should try my soup.  I think it serves up at about ten dollars a bowl my cost, twenty yours. But it is unlike anything you are going to get elsewhere.  It is a remarkable experience.

Back home, I decided I would stay on my time until morning.  I was going with the plan I had all along.  I would change my clock "Sunday night."  But the rigamarole fucked me up.  When I would wake and look at the clock in the night, I was doing math games.  It says this, but it is really that, or rather really the other though. . . .

What time did you get up?  If statistics are to be trusted, it is not a good day to travel or have surgery.  People are going to be off their games today.  I have a friend coming back from Vegas.  They just added an  hour to his jet lag.

Both my art dealer and Q saw "The French Dispatch."  My art dealer saw a different movie than I as did Q.  Different head spaces, different eyes.  No one was off or wrong.  The movie needs rewatching.  There are many frames, many viewpoints from which to consider the film.  It is a complicated work with many strange characters.  Which stories do you privilege?  Which have you ignored?

If I were a good writer, say a Virginia Woolf or an Annie Dillard, making soup would have led outward into a universe of potential meaning and then returned to the eating of the meal which was now more profound and more symbolic than actual, meaning and act coalescing into a single suggestive unit.  I know that.  I can do that.  It is a trick, of course, and once you figure it out, it is only a matter of learning to do it well.  You do best what you do most, they say, but that doesn't mean you do it THE best.  I would give it the old college try, kids, were I not so time warped/jet lagged this morning.  What the fuck time is it, anyway?  Why do we let them do this to us?  Are we mere quislings?

Whatever.  It will take awhile to adjust to the master's bidding.  We'll all be conditioned by the weekend.  But consider this--you get your best REM around midnight.  Which?  Which midnight?  Do scientist have answer for that?

The cat showed up for breakfast.  Nobody told her of the time change.  She's an hour late.  We sure fooled her.