Mind of the Cat 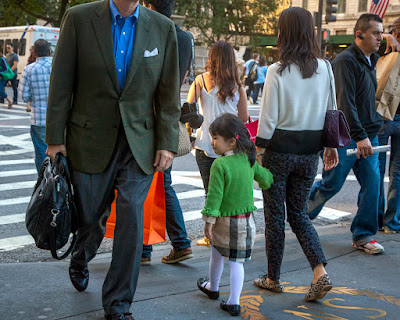 "It was made of bronze and glistened in the rain. It was raining. The rain dripped from the palm trees. Water stood in pools on the gravel paths. . . . Outside right under their window a cat was crouched under one of the dripping green tables. The cat was trying to make herself so compact that she would not be dripped on" (Hemingway, "Cat in the Rain").

Poor little feral cat, shacked up somewhere trying to stay dry.  It's been raining for two days now.  She hasn't eaten.  I don't even know where she goes.

The American Wife in Hemingway's story feels isolated and alone.  She wants her own home.  And a cat.  She wants a domestic life and not the gypsy existence of her husband.  But when she goes downstairs, the cat is gone.

I love the repetitions in Hemingway's short stories, the brevity and simplicity, the emptiness and disappointment and the failure of distraction.

But what is one to do?  You can't live in the belly of the beast 24/7 minus some narcotic without going mad.  As Hemingway informs us, however, "Some lived in it and never felt it, but he knew it was all nada y pues nada" ("A Clean, Well-Lighted Place").

What does the little feral cat do in the rain without narcotics?  One must be a Buddhist monk to possess the Mind of the Cat.

But even cats get lonely sometime.

I took my mother to her last therapy session yesterday.  I didn't need to.  She didn't need me to.  But she wanted me to.  She'd feel better about it if I were there, I guessed, and I was glad to do it.  She's been going for months now, and there is, I know, a sadness to it as with all endings.  I, somehow, palliated that loneliness.

I almost didn't make it.  My car would not start.  I've been having trouble since I last took my car in for repair.  The starter turns, but the car won't start.  Sometimes it does.  Other times it takes two or four or six attempts.  Yesterday, after twelve, I called my mother to tell her I might not make it, that I was going to have to call AAA and have my car towed to the shop.  I took all my cameras out of the car.  Cameras of all sorts--I am embarrassed to explain--and tripods (plural) and camera bags, film and film holders. . . . It took me quite a while.  Then I tried starting the car again.

I was able to make the gym, come home and shower, and get to my mother's in time.

I'm sure my car won't start today.  But, being cautious, I went to the grocery store and loaded up with food. . . and beer, and wine, and liquor.  Just in case.  Just to be prudent.

And the rain continues in the gray morning half light.

And just as I write that, there is a break in the weather.  The rain, which has not been relentless but has been ceaseless, stops for the moment.  And there is the neighbor's cat, staring in the bottom panes of my kitchen door.  I get up to refill my coffee cup, and I step outside with a few morsels of cat food which he will pretend to eat but in which he has no real interest other than in my giving it to him.  And then, around the corner comes the feral cat.  She runs to him as she always does, and then to her bowl, meowing.  I return to the house and come out with her morning meal.  The air is cool and breezy, and for a moment on my rotten deck there is a sense of communion.

The Buddhist mind seems simple and confounding to me.  It is dichotomous with this and no this, that and no that.  All is one and all is nothing.  We are cursed and reincarnated by our desires.  Desire causes pain and suffering.  To be released from the cycle of life is to achieve nothingness.  But is that a goal?  Is that what we might desire?

When I was young(er), I read all the lonesome books by lonesome authors.  I wanted the life of a Joshua Slocum, the first to single-handedly sail around the world.  I wanted to be Edward Abbey, living alone in the desert.  To be self-contained and self-reliant.

I am neither.  I can't even fix the rotten deck.  I will.  I will have to.  But it seems to me that everything needs fixing all the time now.  There is not end to the disintegration and wreckage.

This is the last weekend of Daylight Savings Time.  The clocks will fall back on us while we sleep.  If we sleep.  People will return to work jet-lagged on Monday.  Many will drive home in the dark.

That alone should inform us.