Packing Much Into a Few Hours 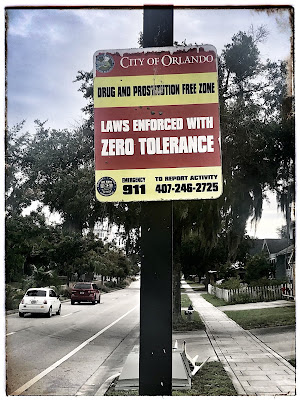 My struggles continue.  I know, I know, you have your own to crab about, but I am going to try to make mine entertaining.  I wish to perform the old literary trick, you know. . . to inform AND to delight.  Therein lies the art of things, or so they say.  That's what I was told, anyway, in the hallowed halls of enlightenment.  Besides, the horror here onstage are meant to purge you of your own fears once you leave the auditorium.  You'll feel better once the tale is told.  That is what they preached in the old hallowed halls, too.  I must warn you, though.  If you are sensitive to strong language or sexual content, you may want to stop here.  Some of what is to follow may offend your social sensibilities, too.  I am not sure.  I haven't written it yet.

On Saturday night, I went to bed tired.  On Sunday morning, I got up tired.  Something is killing me, but it is hard to pin down.  I can only blame it on the long haul effects of Covid which I shouldn't experience having been vaccinated and all, though some of you careful readers have reflected that I must have had Covid at least four times according to the blog.  O.K.  That's fair.  But the last time, I was tested.  You needn't beat me while I'm down.

First thing, I got a text from Q correcting me on some factual details.  He loves to correct me and I know he will treat me badly when I am on canes or in a wheelchair.  He has no affection for those who must suffer.  But writing the blog had taken the last shreds of energy from me and I was not prepared for witty repartee, so I took myself back to bed.  When I got up the second time, I felt no better, so I decided to eat a big breakfast.  I cooked up some eggs and sausage and ate it with gusto.  After polishing off the plate, though, I was once again overwhelmed by fatigue.  I went back to bed.

I rose again in the afternoon.  I didn't want to, but I felt some silly duty.  I staggered around the house without purpose, bored by the season's hum, disinterested.  What?  C'mon, pal.  You've got to get out of the house.  Remember yesterday?  Remember?

So I put on some clothes, grabbed my camera bag, and headed out the door.  Once in the car, motor running, I felt a wave of nausea come over me.  Where was I going?  I hadn't a clue.  So I just pointed the car in the same direction I took the day before.  I would pick up on that stretch of dreadful highway where I had previously ended.

Trouble was, I was heading into dangerous territory, and I wondered where in the hell I could leave my car?  I turned off the highway into a neighborhood I'd never been in before. In just a few blocks, the world was transformed into a picturesque old neighborhood with nice houses, manicured lawns and the beginnings of Christmas decorations.  The street looked safe enough.  I parked on the side of the street, grabbed my camera bag, and walked back into the throng.

On the corner of the highway where I had turned was an old hotel that used to be a nice one when I was a kid.  Now, however, it was a beehive of drug addicts and prostitutes.  And this was not a small place.  Nope.  It covered many acres with over a hundred rooms.  Now it looked like something that had been abandoned.  Dangerous looking characters hung out on walkways and in the parking lot.  I passed what surely was a pimp and one of his girls.  I tried to look like I knew what I was doing, tried to look like I hung here all the time.

On the opposite side of the street was a minimart/gas station where a bunch of "brothers" hung.  They were shouting and waving and running up to cars.  The parking lot was teeming with what the signs politely call "loiterers."  I don't think anyone was enforcing the rules over there.  I grew up in a rough place, and I knew the vibe, the people, the activities.  And I know it can be dangerous.  All it takes is a tiny bit of blood in the water and heads start to jerk and limbs start to twitch, and in the flash of an eye a person can get caught up in something that will make them wish they had stayed home.  Just don't look like a wounded fish, I told myself.  Act like you know what you're doing.  Act like you belong.

I had gone some distance from where I ended my photo journey the day before, so I walked back in that direction which was good as there were not so many people on the street.  I was carrying two Leica's and an expensive camera bag (link).  An old fat man with bling.  Fuck yea.  I looked like I knew what I was doing, alright.  But like I say, it felt o.k. as I was walking away from the crowd.

I was taking pictures, but they were as they have been, buildings and things, frames devoid of humans.  But, I told myself, I was out of my neighborhood, away from all the privileged, glossy looking things.  Maybe there would be some grit to these black and white images.  If I were lucky.  Maybe.  I could only hope.  The street was littered with run down buildings that housed medical facilities for those who had ruined their livers or had run afoul of some sexual virus.  There were the sort of legal offices that looked like they housed movie versions of schlemiel attorneys representing the poor.  There were posters echoing the voice of the people. 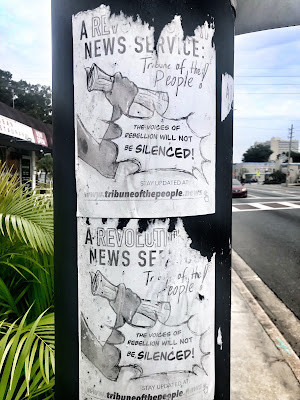