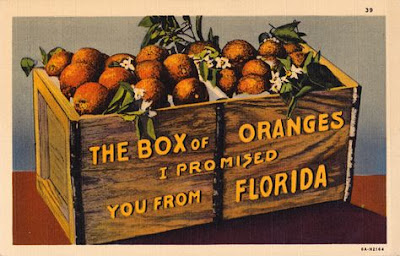 I felt bad yesterday.  Real bad.  My back, as previously reported, was a painful mess.  But the rest of me did not feel well, either.  I've been struggling with a variety of things for a couple of days.  I traced it back in memory, and it was after I ate the ceviche lunch that things went south.  I'm not blaming the ceviche.  I could have picked up a bug sitting at the bar.  There is more than simply Covid in the air--or rather, on bar tops.  I'm afraid that since getting Covid, I've fallen back into some bad habits.

But who knows?  I could simply be winding down.

So, feeling lousy, I went back to bed.  And I swear, I could have stayed there until morning.  But somewhere mid-afternoon, I woke up and looked at the clock and knew I had to get up if I were going to make it to Thanksgiving dinner.  And luckily/crazy enough, when I got up, my back was fine.  The rest of me, however, was disconnected.  My brain was fuzzy.  My limbs did not feel like an integral part of me.  Surely my body was just shutting down.  These were obviously my last few hours.

I tried to walk it off.  I put on my walking shoes and headed uptown.  Unbelievably, I was walking relatively pain-free.  But I just wasn't "there."  I walked four miles, but my head never cleared.  Back home, I showered and got ready for the thing I so much did not want to do.

I grabbed two bottles of good champagne and headed to my mother's.

It was the first time I had spoken all day.  That is not unusual.  You truly cannot imagine my life.  But when I did speak, it was obvious that I didn't sound right.  Perhaps I had caught something after all.  I didn't feel any better physically, but mentally I did.  Hell yes.  The end might not be as nigh as I thought.  I popped the cork on a champagne bottle.  One glass in, my belly felt better.  I think my mother improved on bubbly, too.

At four, we grabbed champagne and my mother's best delicacy--deviled eggs--and headed across the street.  I still didn't feel well, but I was feeling better.  Once inside, though, like a good trooper, like every stage actor, I went into performance mode.  I was "there."  We popped a second cork.  I ate brie and crackers with a peppery jam.  Jesus, it was good.  Mom's deviled eggs.  More champagne.  Then the other guests, a married couple, arrived.

My body always tightens with anxiety and my brain rises into some unconscious social attic where are stored all the old masks and costumes and small decorations that are useful at such times.

The company, but for ma, were all approximately the same age.  All had grown up here.  That made conversation much easier, of course.  The old stroll down Memory Lane.

"We moved here before they started the interstate.  Remember when that highway was still a dirt road?  Did you ever go to. . . ."

The two men were lifetime members of the martial arts.  They rode motorcycles and now taught together in some dojo.  It was o.k.  I knew the types.  Intimately.  In fact, we knew some of the same characters, badass criminal types who were fighters of one kind or another.  Somehow, though, they got the impression that I, too, was a fighter.

"Oh, no. . . not me.  I was never the baddest guy in the room.  I was the comedian.  I could read a crowd.  Those boys were my friends 'cause I could make them laugh."

It was true.  I had always been the only hippie in a room full of thugs.  I learned to read and understand people early.  It was either that or join one of those facetious social clubs with all the clean cut kids.  I really had no choice.

When we sat down to dinner, everything was tasty.  First came the turkey platter, then the dressing.

"Dressing or stuffing?" I asked.  In unison--"What's the difference?"

And then the pecan and pumpkin pies.

My mother and I waddled back across the street after dinner.

Back home, I lit a cheroot and poured a whiskey and went out onto the deck.  I was about to take an outdoor pee, but there was little Kit Kat.

She decided to keep me company at pissing distance while I sat and contemplated "the big picture."  It had not been a bad afternoon at all.  I was full of food and wine, and now I was back in the comforts of home.  The phone rang.  It was my mother.  She just wanted to know how I was feeling.  I said I thought I was better, but that could just be the alcohol.

"I think we just don't eat enough," I said.  She laughed.  We both said we had an enjoyable time.

"You just never know what people will say when you leave, though," I said.

"Well, they never know what we are going to say when we leave," she replied.  True dat.

"I'll get them some flowers and a card tomorrow," I said.

"You're always so sweet," said mom.