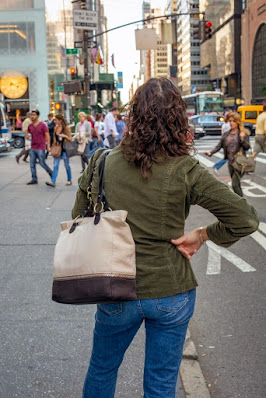 I had planned to write a long missive about the first Thanksgiving Day I spent away from home.  In Key West.  A long, long time ago.  But I will not manage it today.  I woke up with a pain in my right hip that won't go away.  Blinding pain.  Seething pain.  The sort that makes you want to puke.  I can't sit, can't stand.  There is no position that brings relief.  I'm used to pain, of course.  Not just from getting run over almost to death, either.  I've had a bad back since I was in my twenties.  My mother's side of the family is very arthritic.  Her mother's hands were crippled with it.  The ends of every bone in my body are covered in it.  But this. . . this is like being stabbed over and over again.  Screaming pain.

Maybe I made a mistake in the gym yesterday.  I'm trying to "regain my form" you know?  I'm like that.  So yesterday I ended up with 700 pounds on the leg press machine.  It is not as heavy as it sounds.  It is not like trying to squat that much weight at all.  But it is heavy enough.  Maybe I shouldn't have done that.

Maybe it was that or maybe it is just me wearing out, breaking down. . . maybe.

Or maybe it is psychosomatic.  You know.  Thanksgiving with my mother's neighbors.

So instead of a long and wonderful narrative of my Key West Thanksgiving (with all the trimmings), you get a photo of a woman who could be waiting on the Macy's Parade floats.  I wish I were there, camera in hand.  There is always something going on in a crowd like that.

Last night I watched "Road Runner."  I had to wait until the bandits lowered their prices.  People really paid $20 to rent that on their t.v.s?  Whatever.  Even for the lower price, it was hardly worth it.  Bourdain was a conundrum.  I couldn't stand to hear him speak.  He alternated between the sort of self-effacing drivel that is meant to make you sound thoughtful and self-reflective (familiar?) and the most obvious of observations delivered in strained prose (familiar?).  But he went to interesting places and I liked watching that.  So I watched him "With Reservations."

The documentary shows him to be an asshole while saying something else.  He was a junky, pure and simple.  His whole life.  He had an addicts personality and self-concern.  The best part of "Road Runner" was the briefest and least covered.  It was wonderful to see him with Asia Argento.  Oh. . . you could see that train coming down the tracks.  There was Bourdain hopping all around that bunny hole trying to seem cool enough for her.  You could see her obvious disdain for that.  There he was on t.v. a different man--born again--fronting the #MeToo movement (link).  A puppet on a string.

But the documentary makers didn't care to go into it much.  They didn't talk about Jimmy Bennett at all, perhaps one of the most delicious twists the story could take (link).  They didn't talk about how much of Bourdain's money Argento spent on the case and the settlement--$380,000 plus lawyer's fees.  None of that.  Just a few seconds of tabloid photos of Argento hugging some fellow in Italy.

Rather, it was mostly a "poor Tony" story.

I hope history is as kind to me.

But I'll tell you one thing (as I sit here with an excruciating pain in the back). . . I sure wonder how Bourdain staid so ripped, so loose jointed.

Maybe this afternoon to get through the turkey dinner.

Yup, it is Thanksgiving.  I'm going to propose we go around the table today and each say what we are thankful for.  There will be no surprises.  The answers are pat.

It will remind me of watching an episode featuring Anthony Bourdain.

Hey. . . wait!  Doesn't that #woman in the picture remind you of someone!