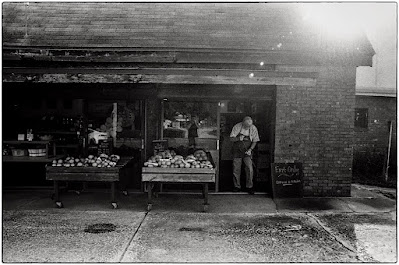 When I looked back at the negatives on the light table, there was ONE photo with a human figure.  It was one of two negatives that were somehow--I don't know, really.  They looked like light had leaked in on them, but that is fairly impossible as they were smack dab in the middle of the role.  But they were gray.  Perhaps it was the sun that did it.  It looks like I was shooting into it.  Maybe that was the cause.  But the flatbed scanner didn't pick up the image.  After seeing them on the light table, I decided to try scanning with the better scanner.  I was able to pull an image that I could take into Lightroom and Photoshop and one other application and finally pull a recognizable image.  It is my favorite image from the whole roll, of course, so it had to be ruined somehow.

I ended up scanning several images on the better scanner.  It is awfully slow taking an average of fifteen minutes per negative.  Yes, using film--developing and scanning your own--can be a drag.  Having said that, and after shooting digital images again, I will look back and think, "There is just something about a photo made on film."

There is no end to dissatisfaction.

I didn't see my mother yesterday.  I went to dinner with a group from the factory instead.  Small group.  Outdoors.  When I got there, I thought I had left my wallet at home and said I would have to come back, but, of course, they said no, they had me covered.  I need to forget my wallet more often, I said.  Good ruse.  When I got home, though, I could not find my wallet.  It had been in the car the whole time.

I was not feeling well at all when I went, and so I was unusually quiet.  When I did speak, however, I managed to shock the group, a Woke crowd if I have ever seen one.  But since it was dinner, they were fairly trapped and nobody decided to leave.  I'm not fit for Woke company.  I know that, but I have to relearn the lesson ever so often.  There are lines that I just can't help but cross.

Otherwise, however, dinner was pleasant-ish and the food didn't make me sick.  I was fearful as Ili and I ate there when it first opened and both of us were sick and swore we would never eat there again.  It was a running joke.  But the food last night was o.k.

Two of the party were the two people who also contracted Covid at the same dinner party as I.  It was their kids who brought it.  I asked them about Long Covid symptoms.  The husband said no, but the wife said yes, that she got tired easily and had some other problems, too.  Though we were all vaccinated, it hit us pretty hard.  I'm still hoping to recovery fully someday.

The birthday girl at the table told a story from her youth involving a boy named--ready?--Johnny Casanova!  No shit.  If I had a name like that. . . well, I imagine my entire life would have been different.  A name like that would certainly change your life's trajectory.  Such a name is too good to be true.

I guess it would serve you well in your youth, anyway, but probably no one would take you seriously as an adult.  Yea, I guess a name like that might be a real career deterrent.

She grew up in New Jersey, of course.

It is Friday, I guess.  I think I missed the lighting of the Christmas tree on the Boulevard last night.  I almost always go.  The Bach Choir sings songs of the season and the Tiffany Museum sets up Tiffany window displays throughout the park.  Then there is a Vespers concert at the Country Club College held in a wonderfully designed chapel.  And Saturday is the Christmas parade.  I'm pretty sure it is a Christmas parade because Santa rides the last float.  And before you know it, I will be sitting with the incredibly shrinking group of miscreants for holiday drinks on Christmas Eve.

But I don't know to which if any of the events I will attend.  The world seems incredibly diminished compared to the past.  Wait.  You'll see.  It will happen to you, too.

One of the things that surprised me last night was the group's answer to my question of which Christmas movies were on their list.  I totally don't watch the ones they were mentioning but for one. "Elf."  That was always on the holiday viewing "musts" along with "A Very Murray Christmas" (which most had never seen), "Bad Santa," and "Love Actually."  I mean, really, who doesn't love Uncle Billy?

I know, I know. . . you love "A Charlie Brown Christmas" and the claymation films like "Rudolph," etc.  I like them, too.

Anyway, the Christmas season just tumbled onto me.  I guess I will try and find some holiday cheer.  Jingle Bells and Deck the Halls and all that.  Many years ago, Ili and I were playing darts at a nearby Irish Pub.  The holiday music was incredible.  What was it, we asked.  "Pandora's Hipster Holidays" we were told.  Man, that was good for awhile, but I'm not so sure how it will sound now.  I'll dip in and let you know.  Or. . . you can check it out for yourselves.

Here's the other ruined negative on the roll that I scanned.  I had to work to pull an image from this one, too.  I took this just before the other.  I can't say what happened, really.  I'm just cursed. 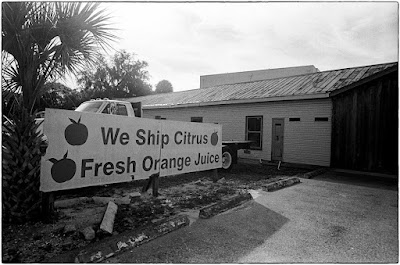