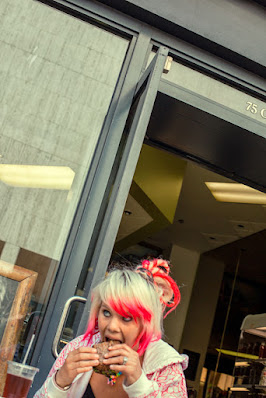 Yesterday was my mother's actual birthday.  Now that is over and everything is done.  We can focus on Christmas, less than two weeks away.  I've already missed many Christmas celebrations.  Selavy.  There is little Christmas to celebrate here in the Casa C.S. I could use a little Santa sliding down the chimney, though.  I have many needs and desires.

In the main, I just wish peace to the world and a return to the time when all people were treated equally.  Remember that?  Back in the day?  That civilization?  No. . . I mean that city?  Tribe?  Family?

I finished watching "Succession" last night.  I watched three seasons in a matter of weeks, not years.  That was fun, but now what?  Am I supposed to go back to reading?  I guess I could go out at night.  I haven't done that in a number of years.  And soon we won't be able to do that again except in Florida, Alabama, Mississippi, Texas, and Colorado. Those states, apparently, just don't give a shit.  Here in my own home state people think that wearing masks is a form of communism.  They much prefer the fascist to the commies.  It is a Stand Your Ground state, and I guess they figure we'll just shoot the Omicron when it comes.

But me?  I'm worried.  I've already had a breakthrough case.  I feel vulnerable.

Oh. . . but I wanted to mention that what amazed me most in watching "Succession" in three weeks was seeing Sarah Snook gain fifty pounds.  The transformation was startling in time lapse as I watched four years pass so quickly.  I try to imagine watching myself over the course of four years in a matter of moments.  God. . . it would be horrible.  I'm not body shaming her.  That would be terrible and we aren't supposed to do such things.  I've become Body Positive, remember?  She has the pleasure of having been something at one time in her life that most of us never enjoyed at all.  Nope.  It was just something remarkable to watch.  Something gained, something lost, so to speak.

It is really terrifying to contemplate what nature has in store for us, each and every one.

Hmm.  I just remember I watched a brief YouTube doc on Mamie Van Doren earlier in the evening.  Maybe that got my brain a-thinking.

All I can say is that I wish I had more photos of me when I was young.  Get as many as you can, kids.  They will entertain you and others.  Everybody loves a puppy.  Doubt it?  Pay attention to where your attention goes in movies and t.v. shows when there are more than one person on the screen.  You'll see.

As you may have guessed, I saw pictures of myself from my mother's birthday party--and I am bummed.

I blame myself, though. If only I hadn't eaten this and drunk that and taken this over the course of a lifetime. . . if I'd just eaten kale and drunk vegetable smoothies and had never gone to bars. . . .

Yes, I am blaming the victim.  And as you see, sometimes it is justified.  Don't forget that, either.

Wow.  What a ramble.  A lot of cow manure, sure, but out of it flowers may bloom. 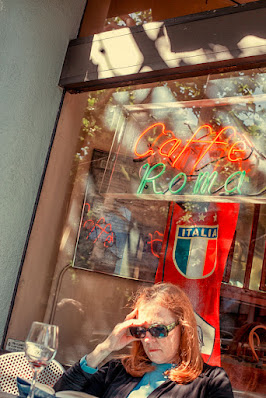