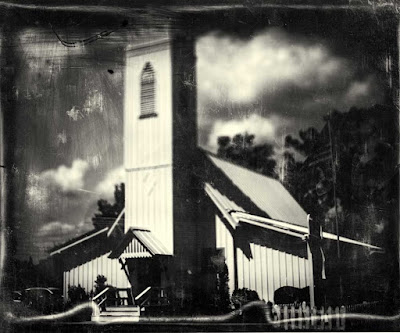 It's true that reading before bed will make you sleepy.  I'm weaning myself off watching television at night--which means watching television.  I don't watch it for long as it is.  The longest stretch would be if I put on a movie.  But sitting down after dinner. . . well, there are a lot of hours here in the Time of Darkness between dinner and bed.  Last night after dinner, I decided to take a walk.  First I strolled around the 'hood gazing up at the moon, then I went to the Boulevard to see the lights.  I thought it would be deserted.  Boy, was I wrong.  The throng was there in full force, the sidewalks crowded.  It was fascinating, really.  To think I sit alone at home in the darkness and xenon light while just half a mile away the party's going on.  I was out of my element having not been out at night for years now.  Literally, not figuratively (though the two meanings have been conjoined officially now).  There were leggy girls and well dressed matrons, hip-hop boys and business slick men depending on which section of the Boulevard you were on.  The bars and restaurants were packed.  All the windows were lit up with Christmas lights and many shops were still open to shoppers.

My head was spinning.

If Omicron shuts things down again as it is in some parts of the country already, Biden is fucked.  Not like he isn't already, but even more so.  People would rather chance illness and death than live my life, I think.

I'm not complaining. . . exactly.  It has been very peaceful, but it would be easier if I were hunkered down with someone else.  I think.  I don't really know.  Has Covid increased or decreased the divorce rate?  It would be difficult to increase, of course, as most marriages already end in divorce. . . but maybe.

Regardless of how ill at ease I felt, I think I will continue my after dinner walks.  It definitely slows down my alcohol consumption.

Oh. . . I coulda/shoulda started earlier in the "narrative."  I didn't go to my mother's last night as I was there in the afternoon, so I had the afternoon and evening to myself.  It was nice.  I went to Home Depot.  Ha!  Yes, exciting.  I bought a drill bit that might let me unscrew the boards on my deck.  That is what the fellow on YouTube said, anyway.  I wandered around the big warehouse as if in a wonderland.  I priced the boards for replacing the deck.  Fortunately, prices have dropped a bit.  2x6x16 pressure treated boards are $14/each.  Yup.  That's now a "bargain."

After the thrill of Home Depot, I went to Whole Foods and got dinner supplies.  Marinated beef kabob, jasmine rice, and Brussel's sprouts.  Home to open a bottle of Cab and start the grill.  I can't tell you how nostalgic it all was.  Fed the cats and sipped wine at the wrought iron table as the neighbor's walked by.  My neighbors, not my mother's.  It has been a long time since I have led "my" life.  Or any, it felt.

Here's an old dry plate I did back in October.  I haven't made one since.  I should do some again.  Right after I fix the deck.