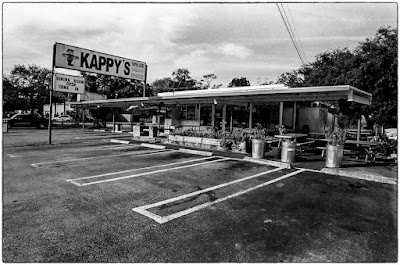 I'm on my back in bed again this morning.  Can't stand, can't sit.  This is getting old.  Pain does not make a good bedmate.

But the birthday party was a success.  There were banners and signs and balloons and dirigibles, everything to make a party look like a party.  And there was far more booze than anyone could drink--except for champagne.  All anyone wanted was champagne.  I'm still the darling of the elder crowd.  And there was more food than could be eaten.  All the neighborhood came and despite the forecast, the day was sunny and lovely.  I'd planned the party from two until four.  And just like that (snap of the fingers), a cloud drifted overhead and it began to rain at quarter past.  Perfect.  There were no stragglers to deal with.

I, however, was worn out.  Dead.  I had been running around town for days trying to get things together, and then there had been the nerves of managing the crowd.  When everyone was gone, there was the long cleanup.  And when that was done, I collapsed into a chair next to my mother and asked if she had a good time.  Of course she did, but like me. . . neither of us are much into parties.

Still, she had a grand one.

Home, I poured a drink and lit a cheroot.  I sat out on the rotten deck to contemplate "things."  I shouldn't contemplate so much, but what else have I to do?

I was in bed by nine-thirty.

Q is no longer a blogger.  He's just a suit now, not a guy.  He has effectively shut his blog down.  No more family pics, no more monthly postings.  If I deride him enough here, though, he will open back up.  He will not stand the slings and arrows and turn the other cheek.  But I'm not one to kick a man when he's down--more than once.

So long, Q.  It was fun while it lasted.