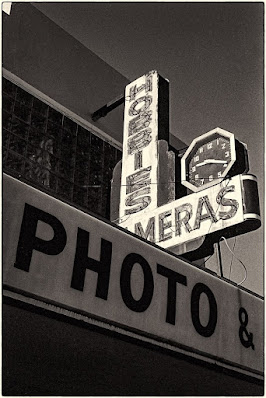 The media got the conviction they were all praying for.  One of them, anyway.  Maxwell will go to prison for a very, very long time.  Rittenhouse, meanwhile, will probably be elected to the Senate.  Sex is bad.  Murder is self-defense.  It all comes down to juries and their sensibilities, I guess.  I don't think I believe much in the jury system of justice any longer.  Well. . . I don't think I believe in justice at all.

The best one can do, I think, is to leave people alone.  They are full of bad diseases and ill-temper, and sooner or later you are either going to have sex with them or shoot them.  They are as unpredictable as retarded pit bulls.  You think you are going to be nice and pet them, and next thing you know, they've tried to take your arm off.

Hermitages look more appealing all the time.  To wit:

I sent this around to some friends last night with the message, "I think I've misled my life."  I've been watching a series of videos by another fellow who might interest you, too.  He lives down the hill from Johanne.  Here is a link to his videos as well (link).  Once you start, you'll find an endless supply of documentaries on people who have spent their lives fairly off the grid, and somehow, they seem enviable.

I would have had to develop an entirely different set of skills.  I'd have to learn to fix and build things.  At present, these are not in my wheelhouse, as they say.  I actually get tired just watching these guys work.  But look at the rewards.  I don't know.  Maybe they are as miserable as the rest of us in the end.  Probably that is baked into the genetic code.  In the end, maybe they wished they had office jobs and families and jolly Christmases.  You know, the other big lie.

In the end, we are just gone, I guess, no matter what, and more and more to me, it seems madness, this waiting, each day another step toward the inevitable.

"Burn the witches," the people used to scream.  They were found guilty by a jury of their peers.

Jesus, the Scales of Blind Justice, another metaphor to calm the breasts of the beasts.  But the beasts will not be calmed, it seems.  I cannot argue about it with people any longer.

I wish I had skills.

I am ill once more.  Something's got me.  I am going to have to cancel my luncheon date, something I am loathe to do.  I hate not keeping my word, but I can't chance passing on something that I don't know what it might be.  Bad stomach, lousy all over.  It seems I haven't reached full wellness for a very long time.

The photo is another of the Babylon 13 cinema film.  I don't have a plethora of images.  Saying that was hyperbolic madness.  I have a few more images and they dwindle in interest every day.  I don't know when I'll make more.

But the cat has been at the kitchen door for a long time now waiting to be fed.  I'd better do my duty.  She lives a solitary life, but she doesn't seem to be feral any more.  I think she has lost some skills.