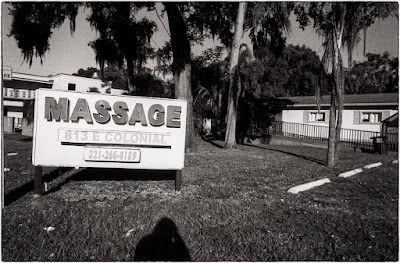 I have a new morning routine.  I get up and limp around in agony, sit in agony, rise in agony from severe pain in some part of me I have no descriptive words for.  Does it stem from my back?  Is it the top of my hip?  The old sacroiliac, I guess.  It is a searing pain that won't let up.  Not until I go back to bed.  And when I rise the second time, miraculously, the pain is gone.  That is just how it works.

I am in the pre-back to bed stage now.  I try to angle in my chair to relieve the very acute pain.  It hardly works.

It is not unusual for old people to have back, hip, and/or knee pain.  Pain is part of growing old, it seems, especially for anyone who has put a lot of miles on their body.  I've put on many, many miles.

I realize that this is my place for whining.  There is no one in the house to whom I might complain and reach out for succor, and I don't look for mercy in the streets.  The morning laptop is my confessor, I guess, my counselor, my therapist.

So I should say that I am not sleeping well, either.

But enough of that.  I could go to a doctor, but I don't trust them anymore.  As I've opined before, they will be replaced by algorithms soon.  That is really all your primary care doctor is now.  They run lab work and work out the algorithm for treatment.

I've decided that I am going to reply, "That's exactly what my herbalist said.  But I've been seeing a Chinese doctor, and he thinks we can substitute milk thistle and arginine and work in some cupping and probably get the same results."

Back in the day, you would go to see Old Doc Jones.  He was always finishing a cigarette when you walked into the room.  He'd give you a good going over and then prescribe a few fun pills--tranquilizers, sleeping pills, diet pills, and Tylenol with codeine for pain.

Of course you'd probably die at sixty, but you would look much older. 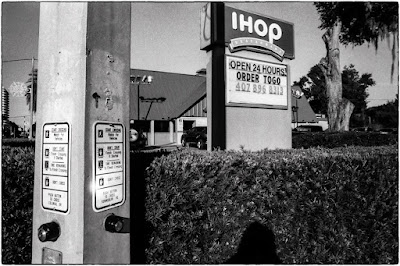 Perhaps it is the pain that has led me to my contemplation of self.  "Self" is a hard term to use scientifically.  Let me be basic.  We are a collection of cells.  Take one of yours and put it somewhere else. Under a microscope, for example.  Then ask yourself, "Is that me?"  That cell will not be like the ones in your eye or in your brain though it will share a lot of the same genetic traits.

"A lot?" your query.  Yes.  Mostly.  But not exactly.  Depending on how long you've been around, mutations have changed many, many cells in your body.  Most are harmless, but some are bad.  And of course, most of the cells in your body are not you.  They are foreign bacteria and fungi and viruses.  They make up over 50 percent of your desiccated body weight.  What is fascinating is that they exchange genetic materials with your own cells.

I sit and contemplate this quite often now.  What, exactly, is "me."  My thoughts and emotions don't emanate from a single place.  My thoughts are the result of a conglomeration of cells interacting, not all of them the same.  My experience of the "outside" world is challenged as I get older.  Colors are less saturated.  Fewer sounds are detected.  I can neither smell nor taste the things I once was able to.  My friend with Lewy body is being wrecked by proteins his own body--his very own cells--are producing in his brain.  He will soon see things that we don't see, small gremlins and little monsters running all about.

Will that be him?  His wife will say that it is not him, that he is gone.

We are no more "selves" than a sponge in many ways, a vast network of cells that interact for the good of the whole.  A single cell organism like an amoeba has more claim to selfhood, I think, than we.  But to what end?  To what good?

I stare through my failing eyes at what I've written and wonder what essence I maintain from birth to death that makes me think of "self."  My awareness is not the awareness of the twelve year old me.

And yet the courts will rule when selfhood begins.

I was asked that very question at a party the other night.  "When do you think life begins?"

"Twelve," I replied.  "That seems an acceptable age to me."

At first their was much jocular agreement, but then they thought about what I might mean and then I got the jaundiced eye.

Apparently a lot of what we mean by "self" is measured through suffering.  It is the "self" that suffers.  In America, our greatest arguments are about selfhood.  And of course I can distinguish one person from another.  We are individuated at the very least.  There is some vast collection of elements that are distinct.

Having said that, however, I suggest trying to match pictures of people in their youth with the ones taken in old age.  I say pictures because that is all we have.  But whatever that thing was that made them recognizable at one time has morphed catastrophically over time.  Are they the same person?

That is my jejune take on that, anyway.  You can read great philosophers on the idea.  Hell, you can even watch YouTube videos about it.

But I wonder what the self is alone?  Do we lose ourselves in others?  Hemingway's universe of two?  The monk alone in the mountains?  The man in the crowd?

I've just been alone so long.