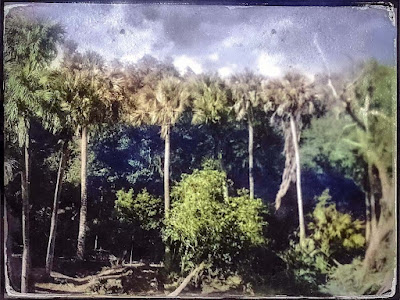 ''Why, boys, when I was seventeen I walked into the jungle, and when I was twenty-one I walked out. . . And by God I was rich.''

That's the theory, anyway.  It's the desperate commitment that does it.  Otherwise, you are simply a dilettante.  And you know how it goes for dilettantes in the jungle.

''Never fight fair with a stranger, boy. You'll never get out of the jungle that way. ''
That's Uncle Ben from "Death of a Salesman."  I think he's responsible for a couple generations of billionaire swine.  Watch "Tarzan the Ape Man," though (link).  I swear to you, it is a great movie, not what you think.  I've recommended it to you many, many years ago.  You might not remember, of course.  But thematically, the film is rich.  And there is no music soundtrack added other than "native" chanting.  Oh, I tell you. . . "the jungle's dark, but full of diamonds."  It must be true.
"Oh Tarzan. . . Oh Tarzan. . . ."  That's what the gay men used to cry to me from the pier when I swam in the Atlantic Ocean in Key West oh so long ago, long hair and a trim, muscular figure.  I can still see them waving.
It was a different kind of jungle.
But that is not what I have meant to say at all.
I've been drawn to memories by a voice from the past.  I was wounded by the beauty of a young woman oh so very long ago, and I've carried the scar with me hence.  I've recently heard from her and it all came flooding back.  Oh. . . I swoon.  Turns out, she has read the blog all these many years "from time to time." From time to time?!?!?!  No, in thunder!  How can it be?  Could it make any sense?  I see this as one long, winding, interconnected story with constant references to what I've said before, i.e. Tarzan.
She was big in the publishing world, so perhaps she had better things to read.  Whatever.
I am trying not to be like a boy checking his emails every hour to see if she has written.  We know little of one another now, but the intervening years seem of small consequence.  I feel a bit like Jay Gatsby.

‘I wouldn’t ask too much of her,’ I ventured. ‘You can’t repeat the past.’
‘Can’t repeat the past?’ he cried incredulously. ‘Why of course you can!’
He looked around him wildly, as if the past were lurking here in the shadow of his house, just out of reach of his hand.

She was The Golden Girl.  But we know how that ends up.  Reality always intervenes.

Halfway through Dry January, no booze, no sugar, little meat. . . I look no different.  I doubt I have lost a pound.  And living like a Mormon priest doesn't really agree with me.  I think my imagination shrivels.  I want to go have a big breakfast at the French Bakery this morning, two poached eggs, ham, and provolone smothered in a warm, creamy hollandaise sauce on a fresh croissant.  A side of crispy potatoes.

Rather. . . a yogurt, a little home workout, and a long walk.

I don't think Robert Frost was much of a drinker.  Early in life, I believe I remember, he had a bout, but he reformed his ways unlike Wallace Stevens who probably drank too much.  In Key West, Stevens got drunk and quarreled with Frost.  Another time, he said some derogative things about Hemingway in front of Hemingway's sister.  That cost him a broken jaw.

My mind is a jumble.  I'll leave it at this today.  Perhaps later I will take a camera out.  You know what they say--a picture is worth a thousand jumbled words.