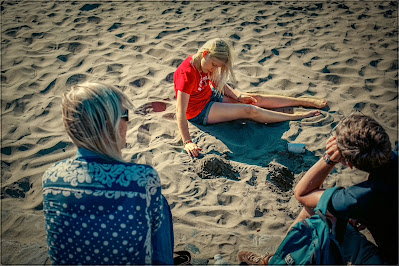 Speaking of wickedness, it is wickedly cold here now.  People have covered their plants with sheets and blankets to keep them from freezing.  That really does nothing, I think.  Plants don't produce body heat.  Wrapping them in a blanket. . . maybe a heating pad?  I guess it does keep the frost from forming on their leaves, though.  I'm just too lazy to do it.

Fuck.  I just began one.  It read like a five hundred word freshman essay.

Like everything else, such writing is a matter of practice.  I need to cultivate a little elsewhere before I bring them here.  At least for awhile.  I used to write so many I could do so with my foot.  For two years now, however, all I've done is whine.  I've lost my chops.  I'll have to work on that.

One should never rely on complete sentences.  Use them, but do not rely on them.  They rarely evoke an internal reaction.  They serve merely to inform.  Remember that, kids.  You'll have to use them in your other classes, but here, we want to "express" not merely "state."  The rules of sentence structure and grammar are important to know, but they are equally important to knowingly break.

Are there any questions?  O.K. then, let's move on.

My cousin is here for the winter.  She comes every year and stays with relatives, my mother in the main.  My mother looks forward to the company.  She (my cousin) speaks my mother's language.  She lives next to where my mother grew up and to where I was born.  Hillbilly country.  She is quite a story teller, and her tales tickle the shit out of me.  Her language is remarkably exotic.  I have to stop and ask her what some of it means.

I should be taking notes.

I haven't been sleeping much at all this past week, so my cousin offered me a gummy.

"You eat one of these and in about two hours you start to feel it just relax you.  I usually get about six hours of straight sleep when I eat them.  Do you want to try one?"

She's an old pot hand.  She's been growing it up on the farm since she was a kid.  She has fantastic tales of growing and harvesting and trying to keep out of site of the drug helicopters that were always buzzing around.

So I should have known better.  And I did, sort of.  I ate only half of the gummy.  When I woke at two, I was tripping balls.  What the fuck?  I guess I'm a drug weenie.

I still woke up at five.  My sleep machine is broken, it seems.

I think I know the reason.

My old Cracker House does not deal with the cold so well.  The floors are cold and some rooms are drafty.  The sun is up but the temperature is not.  I should go back to bed. . . but I am only dopey, not sleepy.

The vignette ended with Brando puking up his guts in a cheap room in Mexico City, and with me feeling vindicated.  I need to write it better.  Maybe I'll go give that a try.