It's Just That I've Been Losing For So Long 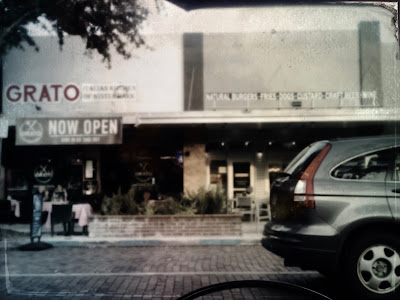 I've been emotional lately. . . which means music.  Lots and lots of menstrual me music.  I'll post some of it here in time, but I've cranked up Radio Selavy and have been posting music over there.  I may make some live videos, too, to go along.  So. . . if you want to hear what I feel. . . click HERE.  I'll try to figure out how to put the link on the side of the blog so it is always available.

The  problem I suffer is that I've never figured out how to stop loving someone.  I can be hurt, mad, disappointed. . . but I can never forget that thing with which I fell in love.  Fatalistic Romantic, I guess.  It is bad for me most of the time, but sometimes it spur me to creativity.  In the main, though, I believe most people don't love in the manner I do.  Not so deeply, so tragically.  I mean. . . when I'd go out with my friends, they would look around the bar for women.  So would I, but I was always trying to find someone I could fall in love with.  My friends were looking for someone they could like.  I never left the bar with a woman.  They often did.

But that isn't fair.  I know my friends are in love.  I just don't think it consumes them.  I feel akin to Frederick Henry in "A Farewell to Arms."

But this may simply be me in Covid World Isolation talking.  I've thought more about love, old loves, these past two years than is healthy.  Were I out in the world living rather than sitting at home remembering. . . .

Yesterday was a sit tight day, rainy in the morning and blustery most of the day, so I decided to make a fish stew.  I don't need recipes as much as I used to, and I improvised a bit on this one.  I used a little too much celery, though, and while it was cooking, I detected a bitter aftertaste, so I added some water to the bottle of wine I initially used and added some Balsamic vinegar.  It turned out to be more of a fish soup than a stew, but it still hit the spot on a gray day.  I took it over to my mother's for lunch.  There was enough for each of us to have leftover.  It left me feeling like a Portuguese fisherman.

It is a southern winter day here, cool and damp.  I keep the thermostat set high to counter the air currents in my old leaky wooden house.  I would like to go into the throng today, but here in my county you have about a 6% chance of catching Omicron.  That's just too high for me, too much of a risk.

I should chuck this post and begin again, but I am afraid it would turn out much the same.  This happens when I think of love.  I become too self-conscious, too self aware. I want far too much to write a magical incantation with just the right words arranged in perfect order to raise some love from the dead, but my mind clouds, my mouth fills with marbles, and the writing is just shit.  I am better with something to look forward to.

Goorin Brothers Dean the Butcher Hat.  Laugh if you will. 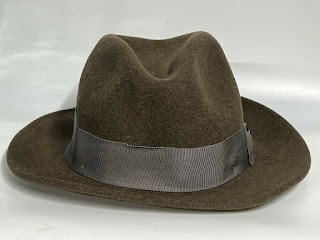