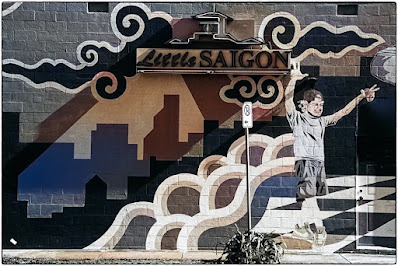 It's January 6, now an important day in history.  I won't write about it much here.  The media is doing it's 360.  You just have to read both liberal and conservative media to get that.  I'm not much interested.  I mean in reading all of it.  We all know what happened.  How you interpret it and how you feel about it is based on many factors, some of which I would speculate are genetic.  Some of it may have to do with nutrition, but I can't really speculate on that at present.  All I know is hatred fills the air, even in people who would not commit a violent act.  The extreme right and the illiberal left and the social media catalyst have made life difficult.   People who have little else still have an opinion.  Even bums are more aggressive.  New York City just admitted that it can't prosecute all crime.  Some laws will have to be ignored by the justice system.  Perhaps there are too many laws.  This is admittedly an underestimate, but since its implementation, Congress has passed more than 30,000 statutes.  That's just federal.  I can't find anything that estimates the number that have been passed by states.  The Bible only had ten, and still those are broken every day.  Commandments.  Whatever.  Let's not quibble.

There are 1.3 million lawyers in the United States.  There are 697,000 police officers.  More lawyers than police.  That should tell you something.

I always enjoyed my Dick and Jane readers when I was a kid.  They made an indelible impression.  There was a gentle hierarchy in simple, powerful colors.  Everyone had a role to play.  Even as a kid, I knew who were the smartest people in town.  Old Gus the Fireman might have some sage advice about life from time to time, but he wasn't the one making the big decisions.  Still, even the Milkman was treated as an equal.

Here is a list of the readers by grade.  You'll probably have to enlarge this to be able to read it, and that may be difficult on your phone.  What you find, I think, is an enviable progression.

By the 1960s, though, the series came under attack.

"In the late 1950s and early 1960s, critics of the Dick and Jane readers began to point out its stereotypes; class, gender, and racial bias; and errors in content and illustrations. Critics objected to the Dick and Jane storylines and stereotyped roles, arguing that "many students could not relate to family with two children, a dog named Spot, and a cat named Puff."

I learned to read, but apparently many children didn't.  We had reading groups in which children of differing abilities were clustered.  This, too, was deemed harmful, so the whole thing was revamped.  From what I have read, Dr. Seuss took much credit for the undoing of Dick and Jane.

All I know is that the Turtles were mixed in with the Bluebirds and the Squirrels and then the trash talking began.  Now every dumb fuck with an opinion thinks he's as smart as Fauci. Postmodernism taught us that everything was of equal value and it has become a tool of both the right and the left.  Postmodernism has created some very strange bedfellows.

There have been many changes to school curricula since I was a student.  Home Ec, Civics, and Americanism vs. Communism have been dropped.  I was the first boy in my school to sign up for Home Economics, but I wasn't the last.  Now, maybe, I wish I had taken shop class, but the opportunity to be in a class with all girls was too overwhelming.  I did, however, learn some life skills in Home Ec, and some social ones, too.  I am a good cook and like to make my home attractive.  More importantly, however, I became an instant "feminist."  I learned to take women seriously in ways I wasn't taught in other classes.  I never had an argument against gender equality going forward.

Civics.  What can you say?  It taught the rights and responsibilities of living in a democratic society.  One learned how government worked, what the separate branch powers were, how laws were made, etc.  It was replaced, I think, by a cartoon version on PBS, "Schoolhouse Rock."  Somehow, however, I don't think it had the same impact.

Americanism vs. Communism was another thing.  It was a course mandated in my own home state.  Period.  It has been described as a course in coercion and fear.  Seems like Texas would have mandated it, too.  But the course curriculum was so weirdly distorted that not even kids took it seriously.  Americanism.  Quite a concept.  I think it was one of the things that led me to demonstrate and rebel.

Schools were smaller then and maybe not quite as frightful.  In my job as factory foreman, I had to visit public schools from time to time.  It was terrifying.  All one has to do to see what went wrong with education is to step into one of these public mega prisons.  Sit in a classroom.  See what goes on.  They are structured to fail.  After visiting one, go to a small private school.  You'll see immediately why the privileged stay that way.

Jesus.  I need to circle back here.  I've wandered.

And that is how we got January 6th.

Really, you wonder?  Yup. If not for Hillary Clinton, we would never have had Donald Trump, and we know for a fact that he should have been in the Turtles reading group.  But therein lies the serpent in those small private schools.

It is probably unreasonable to expect this many people to live together in peace and harmony.  No, not probably.

Trust me.  I was a Bluebird who grew up with Turtles.