Keep On Rocking' In The Free World 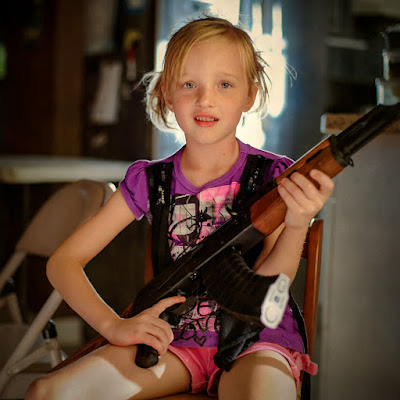 Fuck Joe Rogan.  I'm with Neil Young.  I can't believe Rogan is like one of the richest people in broadcasting.  This is the world in which I live, though.  Maybe I'll start my own podcast and he can hate me back.  "Words of a Dirty Old Man."  I don't hate Joe Rogan, though.  I just can't believe people listen to his podcast. 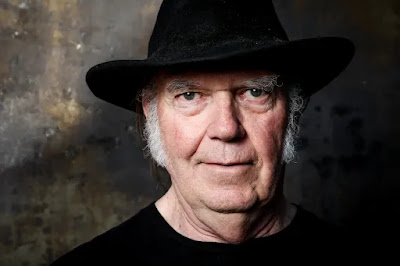 . . . old Neil loves hats.  This is more what I look like in mine.  What is it with old men and hats, anyway? I think it is what you do when you feel you have lost your edge.  You think a hat will compensate somehow.  Maybe you'll seem "edgy."  In retrospection, I'd have to guess it is what moved me to buy them.  I've lost some of my edge.
It happens.  My tenant is reaching that age.  She said she has no desire to go out to bars at night. . . "anymore."  Like most of us, she'll make the disclaimer that she never really did.  But we all did, even those of us who say we never really liked it.  You went to see how people reacted to you.  You were in the marketplace of whatever.  Fashion.  Looks.  Personality.  Just some general attractiveness.  You had to know your value.  You didn't need to get laid.  A wink and a nod would do.  Just some attention.
And maybe on a strange and drunken night a little finger banging in the parking lot.
By middle age, you went out to dinner and drinks with friends, other couples, etc.  It was safer.  You needn't worry about not getting a lot (or any) attention.
Then comes the age when there is no point in going at all.  An early evening cocktail on Fridays at your favorite richly furnished bar.
And then. . . you get a hat.
* * *
I've been spending a lot of time with computers and electronics.  I've been getting up to speed on video editing again, and I've spent hours learning to use my new video gimbal and seeking out what other equipment I may want or need.  I've spent much time looking for old audio equipment and figuring out how to work it all again.  Yesterday I found an old hard drive that had a strange connector on the device's end and an old, weird USB connection on the other.  I guess that is why I haven't looked at it for many years.  I found the cable for it in my forays into closets and boxes and drawers, so I searched for an appropriate power cable and hooked it up.  The drive spun, but it wouldn't open.  The computer was asking for a password.  I don't remember ever setting an old hard drive up with a password, so I was in trouble.  I tried every old password I could remember, but none of them worked.  I tried putting old passwords together.  Mom and dad.  Mom and dad names.  Authors.  Pets.  Whatever I could think of.
Nothing.
I'm sure all my lost files are on that drive.  5TB!!!!  That's a lot of data.
Maybe I'll go to a hypnotist and see if they can extract the password from my memory.  Oy!
I have, though, dug up a lot of stuff from the old studio days, first digital photos from the Time of Polaroid.  I was using a manual 50mm lens, and I missed focus a lot.  Still, there is some fun stuff there.
That's where I got today's photo.  From an old drive.  I'd never touched it before.  Last night, I cooked it up.  I'll try to sell the image to the NRA.  They are all for responsible use of semi-automatic weapons by children if properly supervised.  I think they said that on Rogan's podcast.  Or maybe Rogan was opining. . .  . 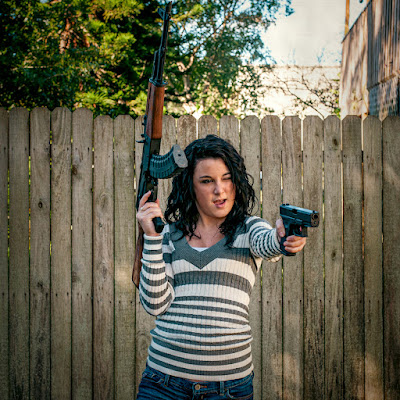 I think one of them said that older teens could suffice.  Maybe my memory is faulty, a symptom of aging.  Maybe I'm making that up.  Really, like Rogan, I'm just bringing up the topic, asking interesting questions, opining, etc.
Have I mentioned the possum under the house and the horrible smell within?  Well. . . I was wrong.  I couldn't sleep last night and struggled to stay in bed until 4:30.  Around 5:30, I heard something moving outside.  I got my iPhone for its flashlight and went out to see.  A pregnant armadillo was burrowing out from under the screens I had put up to keep varmints out.  Jesus it is big.  I know I'm getting old because the thing kind of scared me.
"Buck up, laddie boy, you've got to catch that thing."
Right.  So I went looking for my big net, the one I used years ago to catch the little fuckers.  I looked all around, but it wasn't to be found.  I think I know where it is, though, and will have to get it when the sun comes up.  The armadillo, however, will not be out foraging in the daylight, so I will have to get up early tomorrow morning and "go a-hunting."  I'm not as agile as I used to be, though.  I hope I have the courage and skill to go one on one with the stinky varmint.
* * *
Old Neil Young.  That's kind of paradoxical, isn't it?
Posted by cafe selavy at 6:25 AM