At Some Point You Look Away 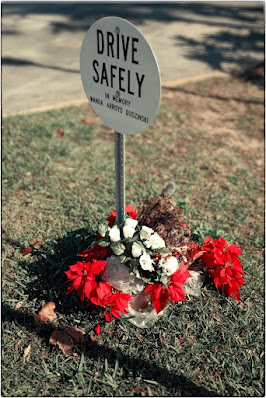 The fellow on the motorcycle died.  My buddy sent me the newspaper clipping yesterday.  I asked him if he had nightmares, and he said here and there.  That fellow will pop up for him again and again throughout his life.  I have no idea how the older woman driving the car that ran the biker over will feel.  She certainly didn't get up that morning thinking, "Today I'm going to run over a motorcyclist."  Who knows?  Maybe the biker was doing stupid things and she got nervous and shit happened.  Still. . . .

I think everyone believed the war would be over by now.  We don't have the attention span for something that is going to take weeks unless it is a new t.v. series.

Is TikTok covering the Ukraine?  I'm sure it is.  Twitter coverage has gotten to be too deep.

Two of my friend/colleagues went to a Ukraine rally yesterday.  It was an all day event, and I was going to go later, but they went first thing.  They wrote me that it was not a good rally.  It was held in one of those out of the way baseball park complexes on the outskirts of a cracker town.  Probably not a perfect place for it.  There was a heavy metal band playing.  Some booths selling t-shirts.  Bad food.

My mother called me at the usual visiting hour and said she and my cousin were going to Costco, so I had an extra couple hours in my day.  I decided to drive to Metropolis and get some takeout noodles.  All about, the world looked as it always had.  The streets were crowded.  There were "Event Parking" signs in every parking lot.  The event?  Beats me.  Probably the weekend.  I was early.  Still, I had to drive around awhile to find a place on the street.  The cost of everything is higher now than at any other time in history, but you wouldn't know it.  If people are protesting anything here, it is by "partying."

Or as my father would have said, by opening their pocket books.  That is what my father called a wallet.  Most people think of pocket books as a woman's purse, but my father used it in the Dickensian sense.  My father kept his money in his pocket book.

And he didn't like to open it much.  He always ordered things off the menu by price.

"Did you want the small, medium, or large drink?"

"I'll have the thirty-nine cent one."

He once bought a hand calculator, a little red plastic thing with white buttons you pushed for dollars and cents.  If a thing was thirty-nine cents, you pushed the last button nine times and the second button three times.  The numbers kept rolling around while you shopped as you pushed the buttons so that in the end you had a total of what things cost.  When he got to the checkout at the grocery store one time, the amount they were charging was different than the amount totaled on the little Handy Andy calculator.

"Aha!"  Dad figured they'd been cheating him all along. . . but it turned out he hadn't figured in the tax.  Handy Andy went into a drawer in the house after that.  Once in awhile, I would take it out and play with it.

Now, you see, I've introduced a little levity into these grim posts.  Artfully, too.  Maybe even organically.  I've created certain expectations from the audience and then played a trick upon them.  What else can we do?  You can only stare at the fire so long before you look away.

But it takes a long time for the afterimage to clear from the retinas.