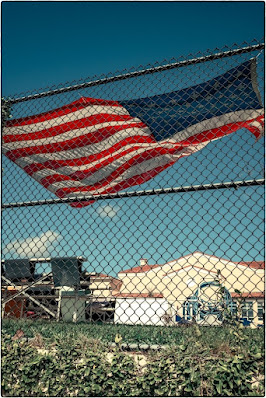 War rages on between and within countries.  Conservative East Germans are becoming politically contentious as Germany decides to provide more arms to the Ukraine.  Trump wins the CPAC straw poll for republican presidential candidate.  Russia threatens the west with nukes.

So I worked in the garden.  I spent a lot of time I needn't have spent trying simply to trim back the plants that have become overgrown and woody.  A clip here, a snip there.  Then I'd step back and decide to cut more.  But cutting revealed more problems.  I began pulling out the dead parts.  That revealed the soil which was sprouting a variety of weeds.  I pulled some, then cut back more of the canopy.  I got my hoe and rake and cleared much of the leaves the yardmen have blown into the garden (that practice will end today).  Then I began to till the soil.  More raking.  By the time I finished, it no longer looked like a garden.  The hummingbirds will be surprised today.

I went to Home Depot.  They had plenty of plants, but I didn't see what I wanted.  I bought 20"x20" cement pavers instead.  I would build a patio for my garbage cans to sit on.

By the time I took a shower, I was feeling more manly.  But work must continue.  Today I will go back to the apparently Christian nursery and get the needed plants to. . . to uh. . . to plant.

I used to know the people who own the nursery, by the way.  The fellow was a business exec.  My wife became friends with his.  He was a doll, she more than a bit homely.  I know.  That's an awful thing to say.  But it was an odd enough pairing to be striking.  They had moved here from Atlanta. I always suspected her family might have money.  He was anxious to quit his job, so they opened up a small home goods store.  She taught soap making classes.  The business did well, I guess, and they moved into a sizable location just off the Boulevard, the location of the famous museum housing the largest Tiffany glass collection in the world.  The museum moved.  I don't know if they bought or rented the space, but there they were.  They expanded the business into outdoor furniture and accoutrements.

But I got divorced and no longer had dinners with the couple.  At some point, they bought the big nursery I will go to today.  It used to be open on Sundays.  Maybe in their "maturity" they have become devout.  Otherwise I would think Monday would be a more ideal time for closing.

My cousin has a friend here who is carpenter.  She is a biker and a really rough woman.  But she builds a lot of marine decks.  My cousin and my mother are going to bring her over this morning so we can talk about my rotten deck problem.  I keep thinking I will do it, but I suspect our conversation will sway me one way or another.  There are other things I need a carpenter for, too, so. . . .

My advice to you is not to buy wooden structures in my own home state.

The weather here continues to be lovely.  I will order mulch for the driveway and the shrub beds today.  It is hard to believe it has been an entire year since I last did this.  That will be a manly day of pitchfork and wheelbarrow labor.  I will have my house pressure washed and then begin painting.  Pretty sure, anyway.  It will feel good to have everything spic and span.  I hope.  I really hope.  I desire to feel good.

I won't go into how much I miss having someone here to watch me work, to sit out and admire the result, to watch silly shows and sing silly songs with, to cook dinners and have cocktails with, to assuage me when things seem desperate.

I'll spare you that.  It would be silly.  The Real World will intrude again at any time.  All I have to do is pay attention.  There is trouble all around.